Philippe Close, Mayor of Brussels: My mantra for Brussels is that we have to find the right balance between the International aspects of the city and what I call "the city by 10 minutes" 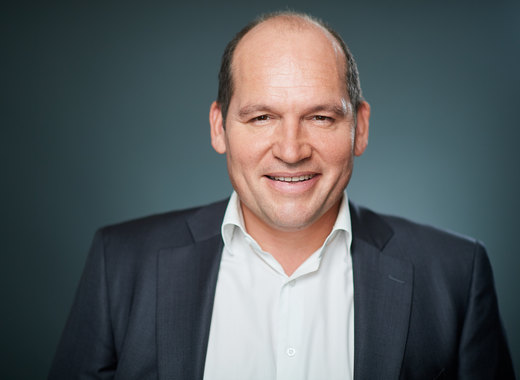 In June 2017 you became a mayor of Brussels after Yvan Mayeur’s resignation. A year after, you have been officially elected for a full mandate. How did you manage to keep the trust of the people and make them vote for you?

This is a complex question but I think different aspects have helped to restore the confidence. Once I became Mayor I immediately decided to apply to myself what we call the ‘décumul’ (which can be translated by decumulation and means that you don’t have more than one political mandate). I thus resigned from my other political mandate which was chief of the socialist group at the Brussels regional parliament. I also decided we needed to have a very in depth reform towards better and good governance. Those two decisions where strong signals towards the citizens and I believe that we are on the right track as was shown by our good results during the elections of this 14th of October.

You have been involved in the work of Brussels City Hall for already 17 years. In 2001 you became chief at the office of Mayor Freddy Thielemans and ever since you are working for the good name of your city. Does this long working experience in the Brussels municipality help you stay closer to your fellow citizens and to understand their needs better?

I believe my close relation with the citizens goes beyond this. I have lived for 20 years in the Brussels city center and am always keen to speak and discuss with my fellow citizens. I strongly believe that the proximity with citizens is of crucial importance. This is a challenge that has not yet been met with proper solutions today and we politicians need to work on this.

Nevertheless, to answer the question,  my belief is that having worked for such a long time within the Brussels City Hall has indeed helped me. It has given me the necessary experience on how our city works and for example what strings to pull in order for projects to move on. When I was Chief of staff of Freddy Thielemans one of the biggest competences was our work with the police. As you may know, the Mayors in Belgium are head of the Police in their own municipality. Already having the knowledge of how the police functions is a good example of how my previous positions helped me to smoothen the transition when I became Mayor.

Tourism and city events are not only an important economic issue but they also give Brussels a great international reputation. Tell us what is planned to happen in the near future in your city?

My mantra for Brussels is that we have to find the right balance between the International aspects of the city and what I call ‘the city by 10 minutes’. What I mean by this last part is that I want all my citizens to have all the services that can be expected by a city within 10 minutes of their home. For example a school, a library, shops, sports and cultural activities etc.

When I talk about the international aspects of Brussels I always like to say that Brussels is the capital of the 500 million European citizens and not only the capital of the EU Institutions. What I mean by this is that Brussels must be conscious of here international importance as well as make sure that all European citizens feel welcome here. Since I have become Mayor we have already started this work by for example hosting a summit of EU capital Mayors and the European Commission to discuss topics such as Cohesion Policy, the Urban agenda for the EU and the importance of public investments for local authorities. We have also increased our ties and contacts with the European institutions, by for example welcoming the college of European Commissioners and President Juncker to come to the City hall to launch the European Year of Cultural Heritage, or by organizing a symbolic hand over of the Bulgarian flag to the City hall of Brussels to celebrate the beginning of the Bulgarian EU presidency.

The Municipality of Brussels is part of the Covenant of Mayors, the world's largest movement for local climate and energy actions. The city is actively engaged in the fight against climate change. Earlier this year you presented a Brochure of the Climate Plan with 35 actions divided into 27 subjects. Tell us more about this initiative and the results achieved so far?

Fighting climate change has and will always be a priority for us. I can assure you that our aim is to continue to do so. My hope is that we will even be able to go beyond what we are actually doing as, following the results of the local elections, we now have a new political majority which will include Ecolo-Groen (the green party).

The City Council will invest more in cycling and pedestrian infrastructure as well as a reduction in car pressure. Tell us more about the Circulation plan Pentagon. What are the next steps of the municipality to implement and promote healthy living environment and physical activity and lifestyle?

Our new political majority will work towards a more peaceful city where children can play safely, where people move and meet in a clean, safe, enjoyable and inclusive space. Healthy air must be guaranteed to all inhabitants. This implies investments in cycling and pedestrian infrastructure as well as a reduction in car pressure.

Another priority is the construction and modernization of schools, sports centers, cultural infrastructures, businesses and green spaces in every neighborhood. Tell us more about what you have achieved so far in this direction and what you plan to do next?

As I mentioned in one of my previous answers, this is what I call ‘the city by 10 minutes’. The goal is to continue to put all services and outreach activities at the heart of the city project. Ensuring that everyone can find a school, sports and cultural centers, community policing, green spaces, housing and businesses within 10 minutes from home.

A new political right will be created: the municipal citizens' initiative. Tell us more about the implementation of the policy of citizen participation.

The inhabitants of Brussels must feel respected as actors in their city. They must be better informed, their voices must be taken into account, their proposals must be discussed and quality local initiatives must be multiplied. Mixed commissions and Councils of citizens selected by lot will be formed for this purpose and the inhabitants will be associated upstream of major urban projects.

Informing citizens of what is happening within the European Union is of great importance for both the citizens as well as for the European Union itself. What we, local authorities,  must do is to ensure a permanent dialogue between us and make sure to develop the right instruments to make our voices heard. I am convinced that the European institutions will find a growing need to consult and include local authorities in their efforts to find the right answers to todays and tomorrow’s challenges.