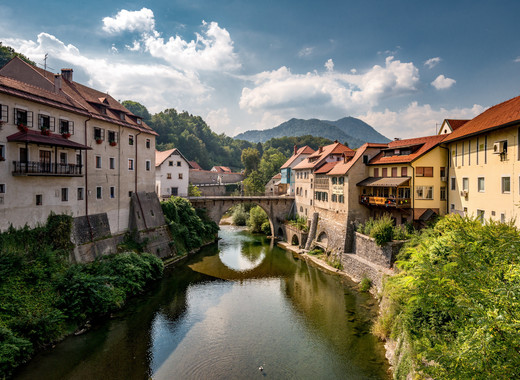 Izvor: Škofja Loka by Bernd Thaller on Flickr (CC BY 2.0)

In place of the old barracks of the Slovenian town of Škofja Loka one can now find not an old military facility, but a state-of-the-art educational institution.

The Kamnitnik Kindergarten opened its doors just last week and, according to local authorities, it now stands ready to greet local children.

The project for the construction of the facility moved at an incredibly rapid speed. A commission for its development was established in 2015, a work permit was obtained in 2017 and now – just a few short years later, the old barracks stand completely transformed – not only in purpose but also in optics.

Eco-friendly, practical and very much needed

Sprawling over 10,000 sq. km., half of which is playgrounds and green areas, Kamnitnik Kindergarten was built according to the highest of environmental and energy standards, adhering to the vital principles of sustainability.

According to the mayor of Škofja Loka Tine Radinja, as quoted by SloveniaTimes, the excessive use of wood in the building’s construction and the use of low-energy methods drove up the price of the entire project – yet the local authorities believe that this investment will pay for itself in a few years’ time.

The new kindergarten will also solve two pressing problems for the municipality. On one hand, its kitchen will be able to handle meal requests from all similar establishments in the Škofja Loka area – boasting the ability to prepare over 1,300 meals per day. Furthermore, it solves a longstanding issue of the town concerning the lack of spots in kindergartens for children. Kamnitnik will be providing accommodations for over 330 youngsters – as well as employment for around 60 persons.

According to local authorities, the methods by which the building is heated make it one of the least energy-consuming buildings in the whole country.