Bruck an der Mur is a city with best future prospects 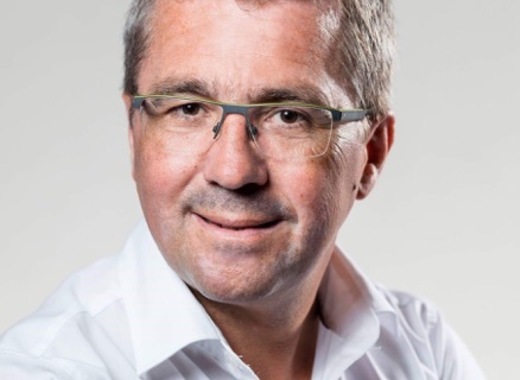 Peter Koch, was born on 25th September 1964, he is father of two wonderful children. In his professional life he has held various social positions. In 2008 he was promoted to managing director of the social welfare association of Bruck-Mrzzuschlag with more than 600 employees and 800 home residents.

Mr. Koch, would you describe the city of Bruck an der Mur with a few sentences.

Bruck an der Mur is the lively heart of a European economic region and one of the most prosperous industrial regions. It has a beautiful inner city and a busy main square, which is one of the largest in Austria. Our city offers an excellent quality of life.

You are a strategist, what is your urban vision for Bruck an der Mur 2030?

Bruck an der Mur is a city with best future prospects. On the basis of City Vision Bruck an der Mur 2030 our city should be positioned as liveable heart of the region. Seven points of development should serve our future brand management.

Bruck an der Mur is situated in the centre of 38 Austrian city regions, at the confluence of two rivers Mur and Mrz - and on the nodal point of important international transport routes. It should be established as a centre of a strong utility room either for its citizens as well as from the perception from the outside.

Stadt-Vision Bruck an der Mur 2030 is about the specific and professional attended urban development to state our goals for 2030 and to capture what the city should stand for in the future using strategic guidelines where all future projects and activities should be leaned on. The Stadt-Vision 2030 should also create identification and community through collaboration of economy, citizens, investors, cultural workers, politicians and city administration.

The river Mur has got an historic meaning for the city of Bruck an der Mur. In the past the life of Bruck (economy, trade, leisure, sports) was orientated on this river. Through the project Habitat Mur this different dimensions of living alongside this River should reach a special status in our urban development.

The municipality offers a huge variety of leisure, entertainment and festivals. With which of them you are most proud of?

Street artists from all over the world provide spectacular and entertaining shows in the old town of Bruck, attracting thousands of visitors.

At this festival, the Brucker Murkai will again be the meeting place for thousands of music and delicacies lovers.

Christmas village on the main square.

What do you think about a unified platform for European municipalities and its main goal to make and keep European citizens better informed about what is taking place in the European Union? How the portal can be useful to Bruck ?

It can represent a good possibility for the exchange of good ideas and networking of municipal experts.