Education, ecology, sport and culture are among the priorities for Blagoevgrad for 2018 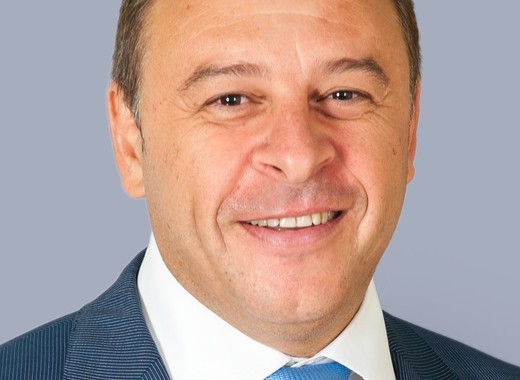 Mr Kambitov, how can you comment on the work done during 2017?

2017 was a very successful year. We started the realization of various projects with social and economic importance. Last year we transformed the military barracks into the new “Macedonia” park. There, the “Francofolies” music festival took place. It is one of the biggest music festivals commemorating the French language and culture. The festival is a French initiative, supported by the President of France.

The national program for energy efficiency was also a success. The face of Blagoevgrad changed and the bills of thousands of households decreased. We are also working on various other projects such as “Expo center”, “Logistics center” and “Transport center”.

How is “Macedonia” park going to develop?

“Macedonia” park will be the new symbol of Blagoevgrad. The project for the park is already completed. There will be a church, a museum, a hall for various events, hotels, office buildings. This will be a successful project and will become the symbol of the town.

The festival hasn’t taken place for 20 years. To try to re-establish something can be harder than creating something new so we put in a lot of effort. More than 30,000 people came to Blagoevgrad and the square, where the festival had to take place, turned out to be too small for the audience. That is why we moved the event to “Macedonia” park. The festival changed the town. Hotels were reserved months in advance.

Which are the most important projects under European programs for implementation this year in Blagoevgrad Municipality?

In 2018, we are going to implement many projects under European Union programs. Some of them are infrastructure-oriented. The objects are mainly from the Municipality's Investment Program. They are kindergartens, schools and administrative buildings. There will be also investments in social projects to provide new services. Other projects are for cultural exchange and with ecological focus on Transboundary co-operation. The range of projects we develop and will be implemented is very wide.

2017 marked the 10th year of Bulgaria’s membership in the European Union. What this our membership bring to Blagoevgrad?

The ten years of Bulgaria's membership in the European Union are one of the most successful periods in Bulgarian history.  The projects are an incredible opportunity for Bulgaria, for all the municipalities. We can hardly enumerate all the positives of our membership in the European Union. However, the truth is that Bulgaria must continue its Euro-Atlantic path. The European Union offers unlimited opportunities in every respect. Since 1 January, Bulgaria has also taken over the Presidency of the EU Council. This is a good opportunity to present the positive image of our country as modern, dynamically developing and well integrated. The Presidency is a great responsibility, a great challenge, but it also gives great opportunities. We took the responsibility! We will over the come challenges! Opportunities need to be realized!

How do you imagine Blagoevgrad in near future?

Blagoevgrad will be a modern European center, we are already going in this direction! Blagoevgrad - city of the future!

What is the most important thing for a European citizen from smaller city?

I don`t divide people into those who are living in small and in big cities. Everyone deserves the best, deserves a decent life. That is why we need to be united and all together to work for the better future of our children.

Find out more about Blagoevgrad here