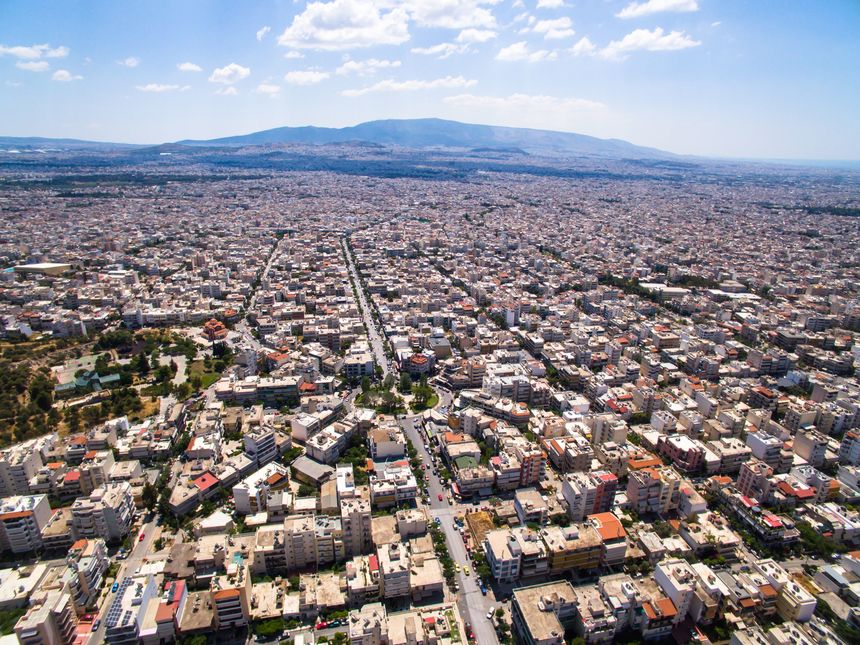 Petroupoli has been named after the word “stone” (the city of stone), since the subsoil is stony and in the past, several quarries operated there.

Petroupoli was part of the community of Nea Liosia until 1946, when it became a separate community. It was elevated to municipality status in 1972.

Petrupoli is a suburb in the northwestern part of Athens Urban Area, in Greece. The Municipality of Petroupoli is a public organization of local subsidiarity, which includes 58,979 inhabitants (2011) and covers an area of 6,597 sqm. 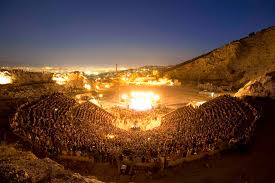 In the field of Culture, the Municipality of Petroupoli has manifested a series of important events and actions on a Pan-Hellenic and an international level, such as “The International Festival of Petra”. It is held annually at the old quarry “Aimos”, which was altered into the “Theater of Petra” at the beginning of the 1980s, with two stages with a total 1000 seats capacity.

Within the framework of “Athens-Cultural Capital of Europe” important theatrical productions were implemented, like “Bachabarata” directed by Peter Brook and “Oresteia” by Aeschylus, directed by Peter Stein. The Festival has hosted groups of international fame like Moscow Bolshoi Ballets, Sofia’s Opera, Bonn’s Philharmonic Orchestra and the most pioneering Greek music performances.

There are also educational Institutions which offer certificates of Pan-Hellenic validity and recognisability: The Municipal Music School; The School of Drama; Two buildings with Municipal Cinemas and with relevant summer and winter halls; The Municipal Library with more than 12,000 books; The Philharmonic Orchestra, which was founded in 1964 and which operates today as a music workshop which allows its members to study music and learn musical instruments. Additionally, workshops of fine arts for children and adolescents operate, as well as Ceramics, Photography and Icon Painting workshops.