Inauguration of a new electricity central «EcoEnergieBeetebuerg» in Bettembourg 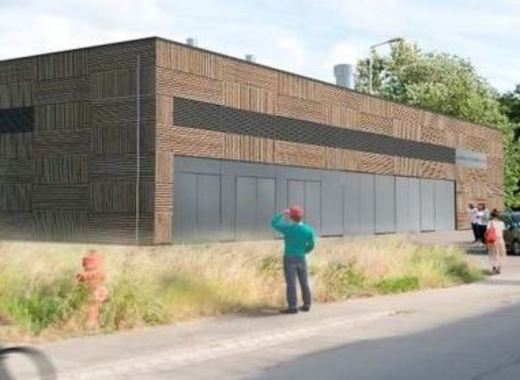 On October, the 9th in Bettembourg a new heating plant was opened. It consists of two modules of wood carburettors, a cogenerating plant and two pellet boilers.  Its thermal energy capacity is 9,500,000 kWh / year and its electrical energy capacity - 2,450,000 kWh / year which will supply the public electricity grid. It is estimated that the new plant can reduce carbon dioxide emissions by about 1,600 tonnes per year, compared to the old plant.

The project is carried out jointly with the Municipality of Bettembourg, Sodexo Résidences Services, Claire, the Swimming Pool "An der Schwemm", Housing Fund and the operator LuxEnergie.

Bettembourg is a municipality in the Canton of Esch of Luxembourg with 10,500 inhabitants comprising 5 cities: Abweiler, Bettembourg, Fennange, Huncherange, Noertzange. The town is also known internationally by the Parc Merveilleux, the fairy tale leisure park.