Local politicians in Germany to get increased federal protection 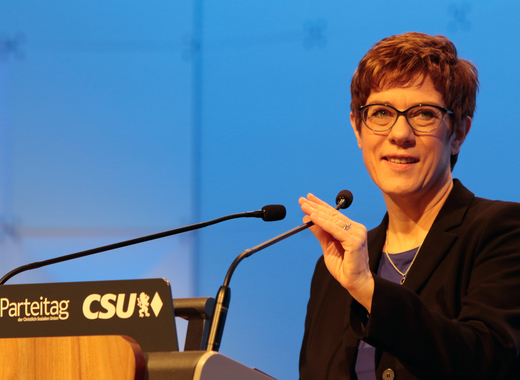 Over the past couple of years, members of local administrations across Germany have come under increased threat from violence according to state officials. The alarming rise in threats and assaults has prompted the federal government, and more specifically German Defense Minister Annegret Kramp-Karrenbauer to publicly speak out in support of mayors and pledge federal aid for their protection.

The statements made by the heir-presumptive of Angela Merkel come in the wake of several incidents involving local politicians. Last year, a regional politician was killed outside his home while the mayor of Kamp-Lintfort recently applied (unsuccessfully) for a gun license, stating that he needed a firearm to protect himself by far-right extremists.

"If local politicians are particularly at risk, then they must receive appropriate protective measures from the government," stated Kramp-Karrenbauer, as quoted by Deutsche Welle.

According to German magazine Der Spiegel, attacks against local politicians have risen sharply over the course of the last two years. Studies have suggested that there has been a 25% increase in the number of violent cases for that period.

The study was backed up by the words of the mayor of Leipzig Burkhard Jung who, speaking on behalf of the Association of German Cities, stated that more and more local government officials are being subjected to threats and harassment.

Local police forces have been taking similar threats more seriously, according to Mr. Jung, but there is still far more to be done. And that is precisely where the federal government is supposed to come in, to combat the rise of hate and violence on a state-wide level.

According to Annegret Kramp Karrenbauer, the recent developments are a sign of the changing times and it is the duty of the federal government to protect mayors and other local politicians.