58 million euros for a healthy, enterprising and safe North Limburg

The money is part of the new North Limburg Regional Deal 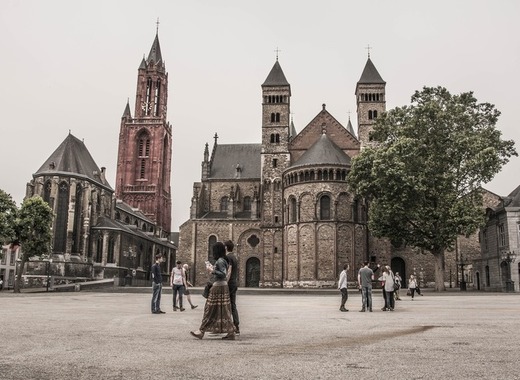 The province and region of North Limburg reached an agreement with the central government on a new Regional Deal, they announced on Monday. As part of the deal, no less than 58 million euros will be provided for the realisation of 18 projects by 30 partners on the territory of the Dutch province.

The multi-annual agreement should ultimately make North Limburg a healthier, safer and more entrepreneurial place to live in.

Towards innovative regions in the Netherlands

North Limburg will officially be included in one of the 14 regional deals - a stimulation program of the Ministry of Agriculture for the regions of the Netherlands. In total, the Cabinet is making 17.5 million euros available in two tranches. The Province and Region of North Limburg will match this amount and partners will invest additional funds.

The initial implementation programme and the 30 partners have been presented on Monday. In particular, the Regio Deal Noord-Limburg will focus on health (including healthy agriculture and horticulture), sustainability, prevention (health / social), combating crime and stimulating strong cross-border business climate.

Now that an agreement on the financing and specific details has been reached, implementation can start for the period 2020-2023. The government of the Netherlands and the region promised to work closely with companies and organizations. Especially in this period, when the coronavirus crisis is affecting everyday life, it is important to invest in the future prospects of residents and companies in the region, reads the provincial website.

As part of the plan, Maastricht University, BASF Vegetable Seeds, Brightlands Campus, Greenport Venlo and the authorities involved will be joining forces in the new Brightlands Future Farming Institute. It will be aimed at developing vegetables and fruits that are healthier for humans and cultivated in a more environmentally friendly manner. The institute will also work on smart innovations in the field of nutrition and health.

Partners will also actively promote the importance of healthy food and lifestyle among young people and their parents. They will cooperate on the prevention of drug crimes and labour exploitation with innovative control methods and data analyses.

In order to attract and retain talent, five educational institutions, governments and regional businesses will start a unique collaboration. This will produce four field labs where all knowledge levels will work together in a practical environment on the topics of future farming, food and health, technological innovation.

Finally, the Noord-Limburg Regio Deal will give impetus for cross-border cooperation with the Lower Rhine (Niederrhein) Region and the cities of Mönchengladbach and Krefeld (Germany). The cross-border contacts between the authorities, business associations, educational institutions, with the involvement of the Rhine-Meuse-North Euroregion will be developed around circular construction, reuse of residual flows and a joint educational facility in the field of sustainability.