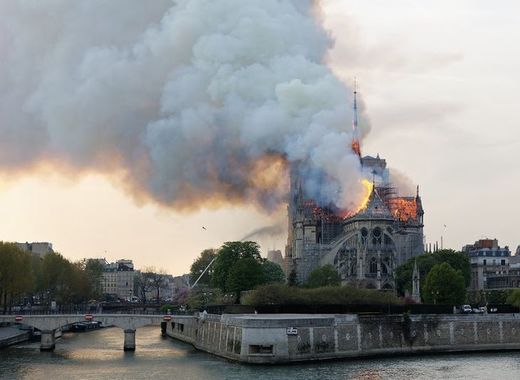 The world is deeply moved and shocked by yesterday’s blaze at the Notre Dame de Paris Cathedral. The 850-years old UNESCO monument suffered a colossal fire which led to enormous damage to its invaluable architecture and internal treasury. The fire is likely to have started by accident in relation to the ongoing renovation work on the Cathedral roof. Accordingly, prosecution into involuntary destruction by fire has been opened by the Prefecture of Paris.

The ferocious blaze caused significant damage to some of the most important parts of the cathedral – its spire collapsed, the 13the century, 110 metres long “forest” has completely burned down, and the flood of water has caused additional harm.  9 hours after the fire started, this morning it was finally extinguished and the indemnities are subject to evaluation, but specialists affirmed that the restoration will take decades. However, thanks to the brave efforts of local service men and women, the structure and the towers have been spared, as well as important items, such as the Crown of Thorns which according to three of the Gospels was placed on the head of Jesus prior to the Crucifixion.  The Holy Robe or the Holy Tunic of Saint Louise, which is said to have been worn by Jesus was also taken out of the building. These are now kept safe at the City Hall of Paris.

The small island on the Seine river has been evacuated for unprecedented emergency operation which lasted for several hours and gathered more than 400 firefighters.

Congratulating the bravery of the firefighters and the civil servants who managed to master the fire, the President Emanuel Macron committed to rebuilding the cathedral.

Several fundraisers for the monument’s restoration were already launched. Mayors of other French cities have declared full support. Other European cities have also joined the action – the Mayor Botka László announced that the Hungarian city of Szeged will donate EUR 10 000 and is also raising funds to contribute to the reconstruction. The tycoon François Pinault head of Kering group which owns Yves Saint Laurent and Gucci announced EUR 100 000 000 donation. Bernard Arnault, owner of Louis Vuitton Moët Hennessy promised double that amount.

President of the European Council Donald Tusk also called on all EU-members leaders to contribute in a Tweet:

I’d like to say words of comfort and solidarity with the French nation, also as citizen of Gdańsk, 90% destroyed and burnt, later rebuilt. You will also rebuild your cathedral!
From Strasbourg, French capital of the EU, I call on all 28 States to take part in this task.#NotreDame

Mayor of Paris Anne Hidalgo confirmed having received moral support from her homologues and colleagues form other parts of France who promised assistance to the best of their abilities. She announced on Twitter that several local funds will be mobilized, including the Church Plan, established in 2014 with budget exceeding EUR 80 million, as well as the Paris Funds which dates from 2015. Hidalgo is suggesting the organization of major international donors’ conference in the following weeks as well.

An international donations campaign has already collected close to 1 000 000 EUR. You too can contribute with amount of your choice following this link.

The tragical event happens at the beginning of the Sacred week of Easter in the Catholic world. It is believed and told in the New Testament that on this day, known as the Holy Monday, Jesus expelled the merchants and the money changers from the Temple in Jerusalem. 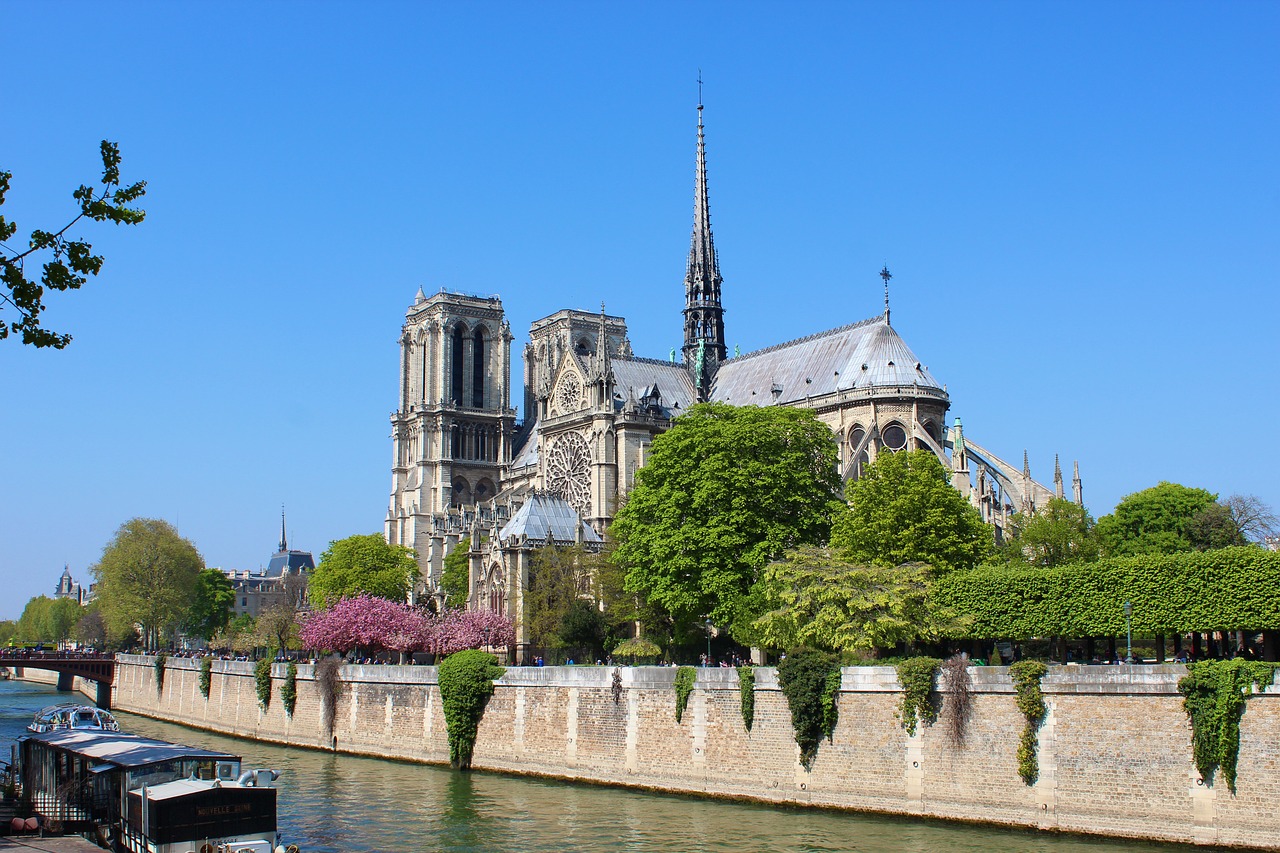 Notre Dame prior to the fire