The Austrian city has digitized the entirety of the urban area – including some 64,000 buildings and over 180,000 trees 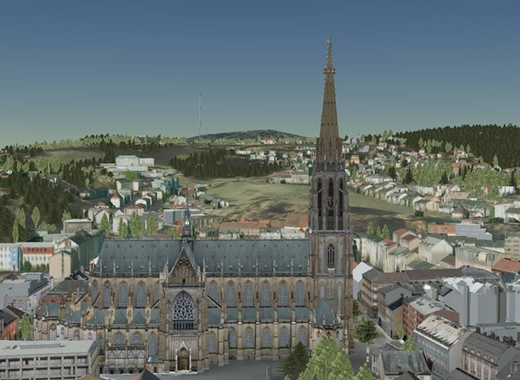 Last week the Austrian city of Linz presented its very own creation – a 3D model of the urban area that allows anyone to explore it and take in its beauty. Thanks to this brand-new service, everyone can explore the Upper Austrian capital without ever needing to leave his or her home – something that has become increasingly valuable over the last few months.

A milestone for city planners, designers and architects

The model has been in development for many years and allows users to explore the city in exquisite detail – including a high rendering of every nook and cranny. This makes the model not only valuable for those who wish to explore Linz but also for those who work on the city design itself – like urban planners and architects.

“The 3D city model offers not only for all Linz residents the opportunity to experience and walk through their city in all its diversity but also for city planners, architects, business promoters or engineering offices the opportunity to see Linz and its location at the intersection of important traffic axes as well to get to know his infrastructure on water and on land up close,” stated Linz Vice-Mayor Markus Hein.

Unlike anything you’ve ever seen

What makes this project developed by Linz’s authorities unique is its sheer scale. The 3D model features literally everything that can be found in the city – including tens of models of roofs, bridges, over 64,000 unique buildings and 25,000 unique tree shapes, adding up to some 1.9 terabytes of data.

If you’ve never been to Linz and are eager to explore – or simply want to check out the city’s high-quality 3D rendering, the model is easily accessible by simply visiting its domain - https://3d.linz.at/.