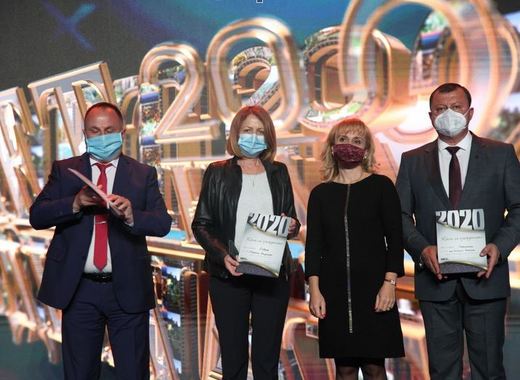 Today, 30 October 2020, at the official ceremony in Sofia Bulgaria's mayors were awarded in 8 categories. Hundreds of thousands of people participated in the vote to choose the best mayors of Bugaria for 2020 - a very difficult year in every aspect. During the event's opening EU Commissioner for Innovation, Research, Culture, Education and Youth Marya Gabriel also took part, online.

And the winners are:

Category "Social measures during an epidemic"

Category "Mayor of the citizens"

Category "Mayor of the Year"

Mr. Boyan Tomov, founder of Kmeta.bg and TheMayor.eu thanked the mayors and their teams for the work and for all the good practices that have been implemented in the Bulgarian municipalities. Photo by kmeta.bg

Over the years, the competition "Mayor of the Year" has become an event important both for the citizens of Bulgaria and their mayors. It is a stage that gives recognition to the excellent and fruitful work of administrations as well as the initiatives that have been carried out at the municipal level.