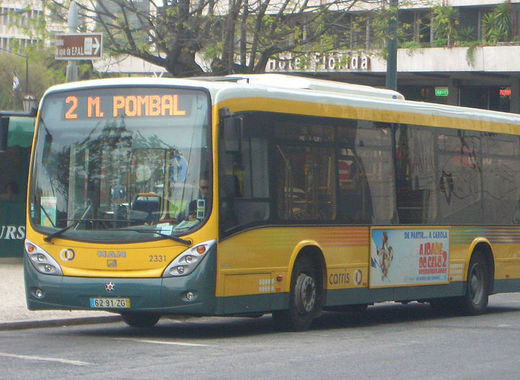 Carris, the public transportation company, operating Lisbon’s buses and trams, has announced its plans for the purchase of 100 new eco-friendly buses. The municipality has been greatly expanding its public transportation fleet to include new and environmentally friendly vehicles which reach more remote and isolated places in the Portuguese capital.

Fernando Medina, mayor of Lisbon, declared that two separate tenders will be announced. The first procedure will begin in June and will involve the purchase of 70 buses running on natural gas. The 2nd phase of the purchase will start in September and will concern the remaining 30 electric buses. On top of another 200 buses which were recently purchased and are currently in a delivery phase, the Carris fleet will total 720 buses by 2021. Of those, 45 will be electric vehicles – all in line to supplement the company’s recently adopted zero emissions routes. So far, Lisbon municipality has purchased a total of 350 new buses since 2017 and soon over half its public transport fleet will consist of vehicles which are less than three years old.

Thanks to the efforts of the local government Fernando Medina reported that the total number of passengers has increased substantially, reaching 13 million.