Lleida wakes up to another day of uncertainty 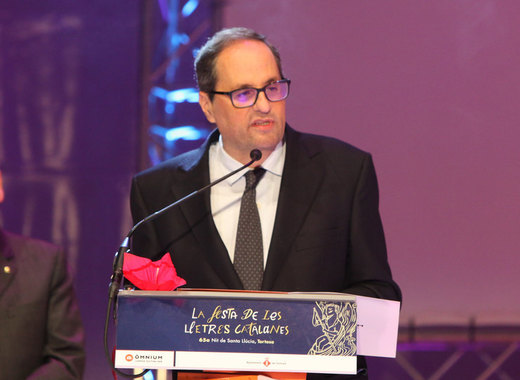 The Government of Catalonia has adopted an urgent decree last night, which aims to override a preceding judicial order. The court ruling itself was announced late Sunday night declaring a veto on the imposition of new lockdown measures in the comarca of Segriá.

Miguel Pueyo, the mayor of Lleida, a city in the west of Catalonia, is finding himself at a loss about what to do and what to tell his fellow citizens. Following an uptick in Covid-19 infections, for the last two days there has been an institutional crisis over its handling.

Quim Torra, the President of the Government of Catalonia, announced last night that citizens should ignore the judicial veto and follow the advice of his government regarding the return of sanitary measures. To that end his cabinet issued a decree which applies to the city of Lleida and several nearby municipalities.

It orders the restriction on the free movement of citizens unless it is essential. Movements considered essential are going to work or school, going to the supermarket, practicing sports, visiting the pharmacy or hospital or attending to gardens. All these activities can be done alone or with people from the same household.

The new state of emergency also allows the organization of weddings and funerals but only if the number of attendants is limited. When events require the presence of people who do not know each other, it will be compulsory to register everyone who is there.

The decree will not affect the transportation of goods in and out of the comarca, however, residents can only travel for essential purposes and only with someone from their household.

As El Periódico informed, the prosecutor turned to the judge to veto the emergency measures on the grounds that declaring a state of emergency was not one of the competencies of the regional government. Quim Torra, on the other hand, argued that he is trying to protect the right to health which is also guaranteed by the Constitution.