Resolving Housing problems in the City of Slovenj Gradec 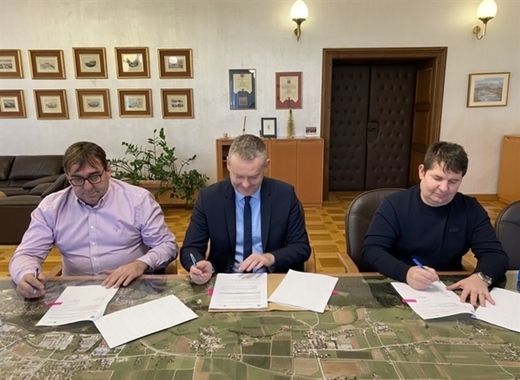 Slovenia has been having problems with housing for a long time now. Both researchers and journalists have pointed out the issue. Despite the fact that there is a housing policy already in existence, it has been ineffective and many projects did not bring any change to the existing situation.

The problem is somehow more serious because of the rental market situation. Most of the real estate in Slovenia is owned and not rented. However, more and more young people look for rental apartments at a decent price. And finding one appears to be something very difficult.

The City of Slovenj Gradec is located in Northern Slovenia and, just like many other cities and towns has a problem with affordable housing. At the beginning of 2020, the city administration signed a contract for the construction of a block of flats with 54 apartments and garages. The project is “design and build” and will offer one- and two-bedroom apartments as well as bigger ones with 4 bedrooms.

What the new block of affordable flats will look like according to the plans. Photo by slovenjgradec.si

The project is co-financed between the Republic of Slovenia, the EU through the European Regional Development Fund (ERDF) and the Municipality of Slovenj Gradec. The total amount is 3.6 million euros and the duration of the project is 1 year.

The new project will serve other issues as well. The city environment in certain areas is in a rather bad state. A project like that will bring certain improvements for the population of these areas, such as creating nice public areas, increased urban space use and efficiency and quality of living.

Since it is a non-profit housing project, the city aims to give the opportunity to many young families to find affordable places where they can start their life together and raise their children. It is a good example of how other cities around Slovenia can work towards solving similar issues they have.

Another good example comes from Ljubljana as well. The Slovenian Housing Fund signed a contract for the construction of two housing complexes with 500 apartments at the beginning of 2019. They will serve the capital area and that of Maribor. These apartments are mainly intended for young people between 19 and 29 of age. A certain number of them, however, are intended for the elderly.  This project is part of a larger one to build 2000 new apartments by 2020 and 6000 – by 2025.