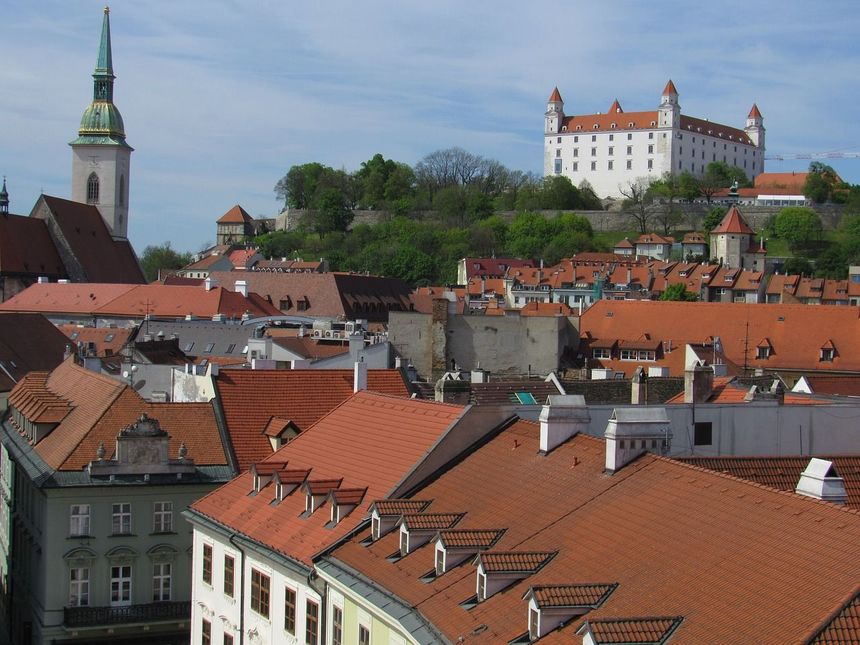 Historians believe that the area of Bratislava was already inhabited in 5000 BC. Celts founded their own settlement there in 200 BC. Between the 1st and the 4th century, the area was under Roman influence. The Romans introduced wine production to the area, which has remained part of Bratislava's industry to this today. The Slavs arrived from the East in the 5th and 6th centuries and were actively involved in the political life of the region. In the 10th century the city became part of the territory of Pressburg, and because of its strategic position it became the object of many attacks. But this position also brought economic development. Later, in 1536, the city became the capital of Hungary, being absorbed by the Austrian Habsburg monarchy, which in and of itself marked a new era of development. The city thrived in the 18th century - the population trippled, many castles, churches, monasteries and streets were built. In the end of the 18th century, Bratislava became the center of the Slovak national movement. The history of the city after this period is closely related to major events in the history of Europe. At the beginning of the 20th century the population is 42% German, 41% Hungarian and 15% Slovak. In 1919, Bratislava became officially the capital of Czechoslovakia. The name Bratislava was officially adopted on 27 March 1919. In 1993 it became the capital of the newly formed Slovak Republic.

The Slovak capital Bratislava is located in the southwestern part of the country on the banks of the Danube River and the Morava River. The population of the city is 450,000 people in the urban area around 650,000 in the whole area. Bratislava is divided into five municipalities and they are divided into 17 districts. Some of these areas are divided into even smaller ones.

In 2017 Bratislava became the third richest area of ​​the European Union by GDP per capita. Around 26% of the country's total gross domestic product comes from its capital. The region is also is three times richer than the rest of the country. The most developed businesses are in the service sector, mainly encompassing banking and information technology but also tourism. The strong and stable development of the economy since 2000 has led to the expansion of the construction industry, with the largest share of project implementation being observed around the Danube river banks, the main railway station area and some of the more important bus stations.

Bratislava attracts more and more tourists every year - in no small part thanks to its relative proximity to other European capitals. The main tourist destination are the exceptionally well preserved and restored castles in the city and its surroundings. The Bratislava Castle was built on a hill, which is believed to have been inhabited back since the Bronze Age. It overlooks the city and is perfect for night panoramas of the cityscape. Devin Castle is right next to the border with Austria and Slovakia, where the Morava River flows into the Danube. There are also many parks in Bratislava. The largest park in the Slovak capital is the Horsky Park, which is located in the Old Town.