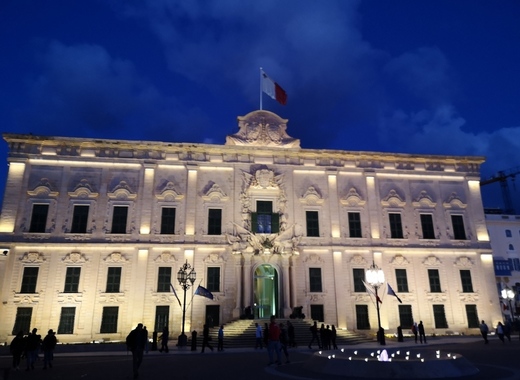 Fonte: Auberge of Castille in Valletta at night / A. Dimitrova