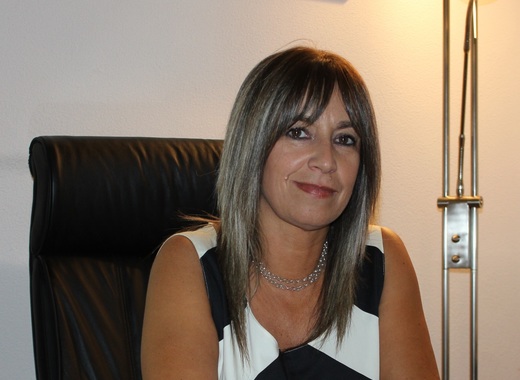 Maria de Ludres de Oliveira Castanheira was born on 21 March 1964 in Coimbra. She Graduated in Social Work, in 1988, at the Instituto Superior de Serviço Social and attended graduate school in “Family and Social Systems”, at the Escola de Altos Estudos Miguel Torga, in Coimbra.

She worked at the Centro Regional de Segurança Social de Coimbra, performing the functions of Social Service Technician, in the Municipality of Góis, from 1989 to 1992. That same year, she started work at the Santa Casa da Misericórdia de Góis and, in 1994, was admitted to the Góis Town Hall, as a Social Worker. Castanheira was promoted, in April 2001, as Senior Social Service Technician.

Castanheira was appointed Assistant to the Mayor at the Municipality of Góis for the period January 1996 - December 2001. She was elected member of the Góis Town Hall in 2002 where she was responsabile for Education, Social Action and Culture.

Between May 2005 and October 2009, Castanheira worked as a Senior Social Service Technician, on the Góis Town Hall personnel map. She is the Mayor of Góis, elected on 11 October 2009; effective member of the General Assembly of the Associação Nacional de Municípios Portugueses and 2nd Secretary of the Bureau of the Coimbra District Assembly. 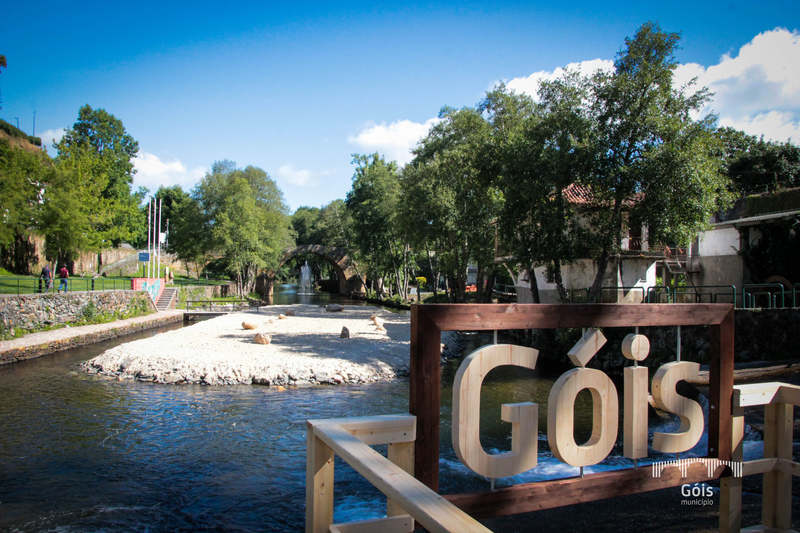 Góis offers a diversity of touristic resources, including  natural and cultural treasures. Photo by Góis  Municipality

Mayor Castanheira, please describe the picturesque municipality of Góis in a few sentences.

The municipality of Góis is located in the district of Coimbra, in the central region of Portugal. Four parishes compose its administrative organization: Alvares, Cadafaz and Colmeal, Góis (county seat) and Vila Nova do Ceira. It is characterized by a genuine natural landscape, a preserved cultural heritage, ancestral traditions and customs that remain present in the daily life of some mountain villages.

The water of these mountains flows to the river beaches, offering bathing so pure and refreshing it is impossible to resist. The landscape of the territory is ornamented by villages of white and schist houses.

This county provides a diversity of tourism resources, including a natural paradise and cultural treasure: geology, biodiversity, monuments, archaeology, history, gastronomy, handicrafts, folklore, tradition and the “know-how” of the local population.

How did the coronavirus pandemic affect the municipality and what measures did you take to support your fellow citizens?

The daily life in the municipality of Góis has changed significantly. The services were closed to the public and were adjusted to the new reality. Some workers adopted teleworking, taking advantage of new technologies; others work at different times, and we also created mirror teams.

Basic services, such as water supply, waste collection, cemeteries and civil protection have always been ensured. Sports and cultural activities, however, were suspended. The annual Book Fair, musical shows, exhibitions and the promotion of physical activity aimed at children and seniors had to be canceled.

Some of the implemented measures are:

The municipality is implementing several social-oriented initiatives, please tell us more about the most important of them.

We are living an extraordinary period, since we were faced with the COVID-19 pandemic. This exceptional times forced us to take extraordinary measures, in which our immediate priority was, from the beginning, to protect the populations of the coronavirus.

Exceptional measures to support families in the municipality:

You are putting a lot of effort into maintaining and preserving the cultural heritage of the area. What are you planning in this regard?

Maintaining and preserving the cultural heritage of the territory is obviously one of the areas in which we focus our governance, within the field of tourism and culture. We are committed and determined to work to increase the value of the municipality, the population and their heritage.

Our plan predicts continuing to:

There are many festivals throughout the summer in Góis. How do you plan to organize them?

In Góis there are three cultural moments during the summer that, due to their dimension, have deserved, in the context of the pandemic, a careful and very thoughtful reflection, since the protection of our populations is always our priority and concern.

I’m talking about the international art fair Góis Oroso Arte, in close partnership with the municipality of Oroso, in the region of Galicia, Spain; the traditional Festas do Concelho de Góis, which focus on promoting local and regional gastronomy; the Concentração Internacional de Motos de Góis, the second largest motorbike festival in our country.

I also highlight all the parties that, all over the county, make it possible to meet the natives, friends and family members of the villages that take advantage of the good weather and the holidays to get together and socialize.

Now having recovered the opportunity for activity and mobility of citizens, by obeying a set of rules and restrictions, we must rethink strategies, attitudes and other behaviors to follow in our daily life, at home, at work and in general society. We must remain cautious, aware that the epidemic is not over and that we cannot return to normal life. In fact, we will start over, but reconsidering all our actions.

How do you evaluate the initiative of a unified platform for European municipalities and its goal to keep European citizens informed about what is taking place in their cities? How the portal can be useful to you and to the citizens of Góis?

The initiative of a unified platform for European municipalities is interesting and useful. It shows the projects of each municipality and allows the little ones, as is the case of Góis, in a growing process of desertification and less known to the population in general, to introduce what they have to offer. It can be a way to appeal to a visit and to build a new life project in our county.

The European project is a unique integration project, which is characterized by pluralism, tolerance, justice, solidarity and non-discrimination between the different societies that constitute it.

A platform accessible to all citizens is a valuable initiative. It can become a privileged means of communication and dissemination of the plurality of projects that are developed by each community in the European Union.

What are some the main goals you are working towards in the near future to make Góis a better place to live in?

Our work is centered in the municipality of Góis, in valuing the potential of all its parishes, in the best we have to offer, and, above all, in people and in what they represent for the future.

We are committed and determined to work intensively to continue to dignify the municipality and its citizens, presenting this rural territory as a space of opportunities. Here we believe that it is possible to reconcile well-being and proximity to nature, entrepreneurship, innovation, creativity and quality.

Betting on the realization of business projects, to boost employment, economic and business development, mainly among young people, are some of our main goals.

To find out more about Góis, visit the profile of the municipality