As a border municipality with 65 nationalities, we must show a more European attitude

The Mayor of Frisange Roger Beissel on transparency, Aspelt culture hub and the management of traffic problems 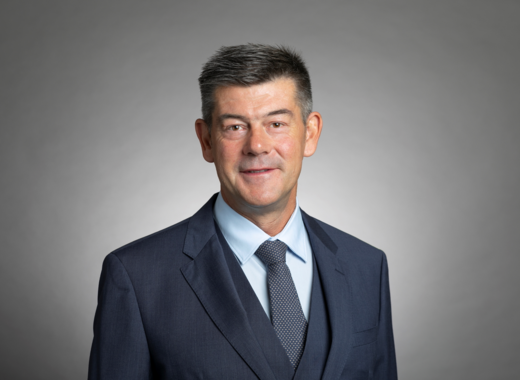 Roger Beissel is Mayor of the Municipality of Frisange in Luxembourg. Born on April 21, 1964 in Luxembourg City, he currently lives in Aspelt. His childhood dream is to become a veterinarian and therefore he studies chemistry and biology. Reluctant to leave his village, he chooses not to pursue university education, but to remain and take care of horses. Since 1986 he works in the accounting of an international company. Alongside his love for horses he has been an active volunteer fire-fighter since 1982.

He runs for office for the first time in 2000 and is elected member of the municipal council. From 2006 to 2012 he holds the position of alderman, later to be appointed Bourgmester of Frisange for the 2017-2023 term. He is a member of a political group comprising fellow citizens, which concentrates its efforts only on local politics.

Mr. Beissel, how would you describe your municipality in a few words? What could the visitors to the town discover here?

For the time being, our municipality does have great tourist offer apart from the castle in Aspelt which is being renovated. Our municipality faces big problems of traffic: as it is located right on the French border, a large number of border workers pass by Frisange to go to work in Luxembourg City. Coming from the East, the German frontier workers also pass through Frisange to go to Esch-sur-Alzette, the second largest city in Luxembourg, located in the west of the country. In fact, Frisange is a cross point between France and Germany so every morning and every evening our town is overwhelmed by traffic. Tourism is therefore not very well developed.

However, in 2020 the town will celebrate 700 years of the decease of Peter Aspelt, Bishop of Basel and Archbishop of Mainz. Accordingly, in 2020 the renovations of our castle will be completed and an official inauguration in honour of Peter Aspelt will be organized.

What are the main undertakings of your electoral program carried out during the first year of your mandate?

The first year of our mandate was marked by the planning of big projects, including the renovation of the castle in Aspelt with a public square dedicated to Pierre d'Aspelt, several street infrastructure activities of our municipality and the construction of a new building of the Town hall. On December 14 a jury defined the architect who will supervise the construction project. We are therefore hoping to be able to inaugurate this new town hall at the beginning of 2023. As a municipality with a growing population, observed during the last years, our population service, technical service and our administrative service must evolve and provide the best response to the citizens needs.

And the new citizens, where do they come from?

They come from everywhere: our population is composed of 65 different nationalities of which 65% are Luxembourgish, followed by 10.5% Portuguese nationals. All the more our community looks like a road community. From the geographical point of view it is located in the south centre of the country and the inhabitants have great facilities to join Luxembourg City or Esch-sur-Alzette on their way to work. Thus, there is a great demand for housing and housing prices are quite elevated.

But on the other hand it is well for the economy, right?

Yes it is. The Luxembourg economy needs staff, including the borderline workers, which brings us back to the problems of traffic.

And with regards to the decision to introduce free public transport in Luxembourg by the end of 2019, what would be the implications for the Municipality of Frisange?

For the moment, we are already enjoying a good state of the bus network. However, this also motivates non-residents to take advantage of the public transport and our villages are used as public parking by people who commute to the city of Luxembourg. As municipal officials we must find a solution together with the Ministry of Transport for the expansion of a park and ride right next to the French border.

Could you give examples of the latest innovations introduced by the municipality in terms of mobility, smart and sustainable development?

We are trying to modernize all our computer systems, for example; the installation of interactive boards at school. With regards to our town council we want to work more and more paperless and all our council meetings are now being filmed so as the population can follow us on the Internet. In addition we have launched a new, more modern website for our municipality and in the coming months the town will be on Facebook, too.

It's all meant to improve the transparency?

Our policy is completely oriented towards transparency. As for the sustainable and smart development, we are working on the replacement of certain municipal vehicles with electric ones. Regarding energy we are in cooperation with the municipality of Hesperange to consult our inhabitants by "Myenergy infopoint" in many areas, including reducing CO2 emissions.

On the other hand we are modernizing our communal workshop and we will install solar panels to produce our electricity ourselves. The town is also in negotiations with a company that can help us increase the efficiency of waste recycling. The inhabitants of the town can thus reduce their waste by a better sort.

The municipal budget having been recently voted, what are the priorities and the biggest projects to complete in 2019?

The first project is the castle in Aspelt with its surroundings, which will be completed in two years. Also, the planning of the Town Hall building and the recycling centre will start.

Moreover, we are planning the enlargement of the primary school and the relay house. The municipality of Frisange is one of the municipalities with the largest number of children in primary school. So, for the years to come we must increase the capacity of the school and the relay house. We are discussing together with the teachers and the parents' committee to modify the schedules. The purpose is to have the same schedule every day: the school starting at 8 am and ending between 1 pm and 2 pm, in order to reduce the time that children lose during transportation to school. We also want to reduce all the stress that children live on the bus and the traffic. Without a doubt parents will also enjoy this new school schedule.

Finally, how do you assess the need of a European portal for cities and citizens, such as TheMayor.EU, which seeks to facilitate the exchange of good practices between the municipalities and to keep the European citizens informed about the news of their cities?

Personally I believe this portal will be useful for our municipality. It will allow us to find out how other politicians are managing their problems and how they are looking for solutions and whether we are also able to apply them, too. The idea is not to get stuck in our little world, but to sometimes have ideas that go beyond the narrow view in our small town.

In this respect, our municipality is twinned with St. Julien Coppel: a small French town of about 1,100 inhabitants, located in the department of Puy-de-Dome, capital of the Auvergne region. During the Second World War, most of our citizens were forced to leave and some 120 inhabitants of Frisange received refuge there. The oath of twinning between Frisange and Saint-Julien de Coppel was signed on the occasion of the Luxembourg National Day on June 20, 2004 in Frisange and July 14, 2004, the French National Day in Saint-Julien de Coppel. This twinning allows us to live wonderful friendly moments between our two small towns.

Therefore, through your portal I expect that the municipality of Frisange will become even more European. 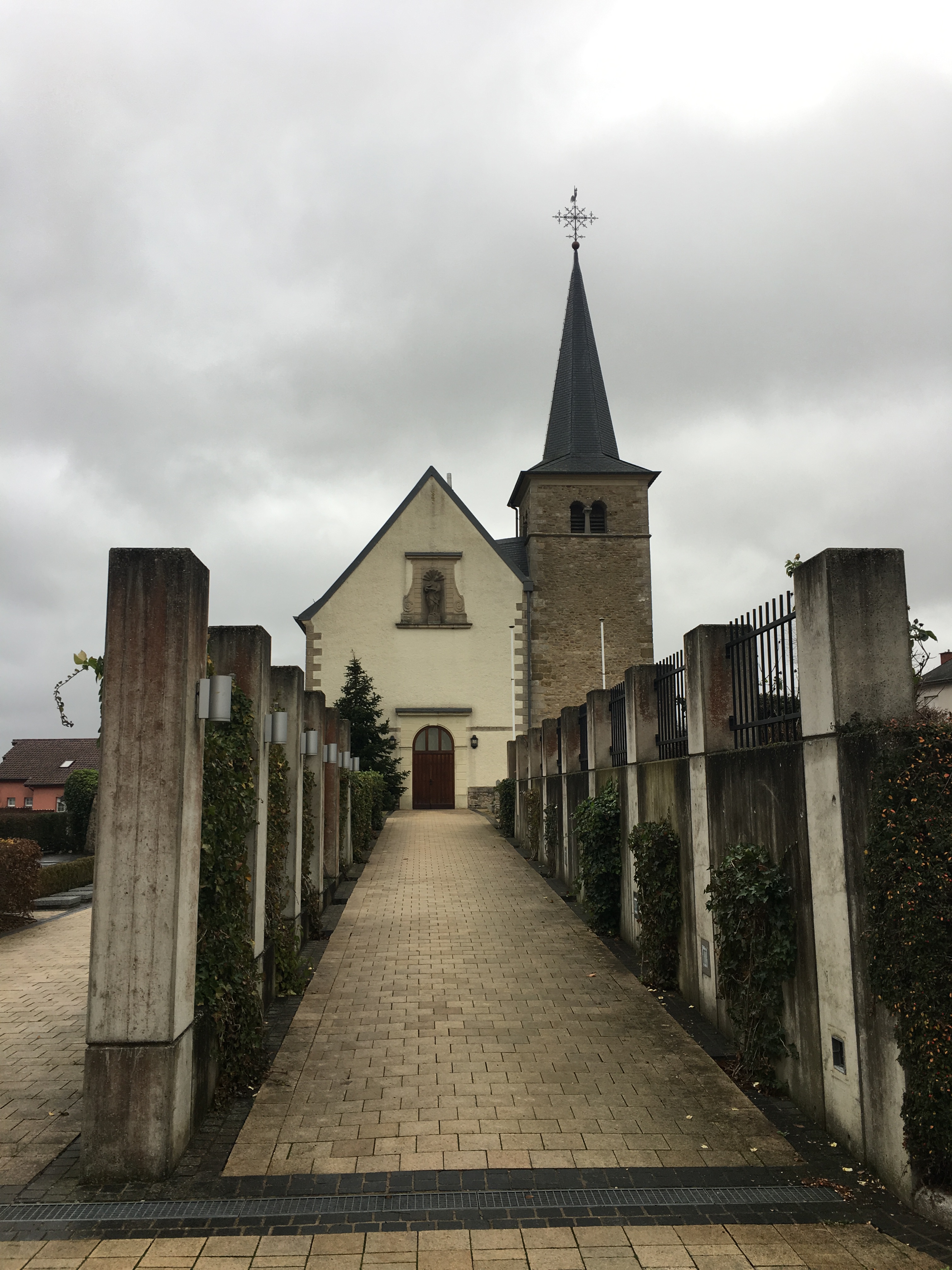 The municipality of Frisange is located in the canton of Esch-sur-Alzette in Luxembourg, on the border with the French Republic. Composed of the villages Aspelt, Frisange and Hellange, it has a population of 4647 people of 65 different nationalities.