After the fall of the Minoans, Heraklion, as well as the rest of Crete island, fared poorly. When the Romans arrived, some construction in the area began. During the early Byzantine times the area was teeming with pirates.

The present city of Heraklion was founded in 824 by the Arabs who had taken over the island from the Eastern Roman Empire. They built a moat around the city to protect it, naming the city "Castle of the Moat".

Byzantine forces attacked the city in 960, burning it down after its surrender in March 961. Soon it was rebuilt and renamed Chandax, remaining under Byzantine control for the next 243 years.

Chandax was bought by the Republic of Venice in 1204 as part of a complicated political deal. The Venetians built enormous fortifications, most of which still exist, and a fortress in the harbour. Chandax was renamed Candia and became the seat of the Duke of Candia, and the Venetian administrative district of Crete became Kingdom of Candia. In 1212, to secure their rule, Venetians began to resettle families from Venice on Crete. The two different cultures and the influence of the Italian Renaissance led to the Cretan Renaissance.

During the Cretan War in 1645-69, the Ottomans besieged the city for 21 years, the longest siege in history. In 1669, the Ottoman army conquered the city. Under the Ottomans, the city was named Kandiye, but was informally known in Greek as Megalo Castro (Big Castle).

The autonomous Cretan State was created in 1898. During the period of direct occupation of Crete by the Great Powers, Candia was part of the British zone. At this time, the city was renamed Heraklion.

In 1913 Heraklion with the rest of Crete was incorporated into the Kingdom of Greece.  In 1971 Heraklion became again capital of Crete, replacing Chania.

Heraklion is the largest urban centre in Crete with approximately 200,000 people, the capital of the region and the economic centre of the island.

From 1st January 2011, pursuant to Law 3852/2010,  the Municipality of Heraklion comprises of the municipalities of Heraklion, Gorgolaini, Temenous, Palianis and New Alikarnassos.

Key sectors of the local economy include tourism, agriculture and trade.

Heraklion International Airport is located about 5 kilometres east of the city, and it is the second busiest airport of Greece. 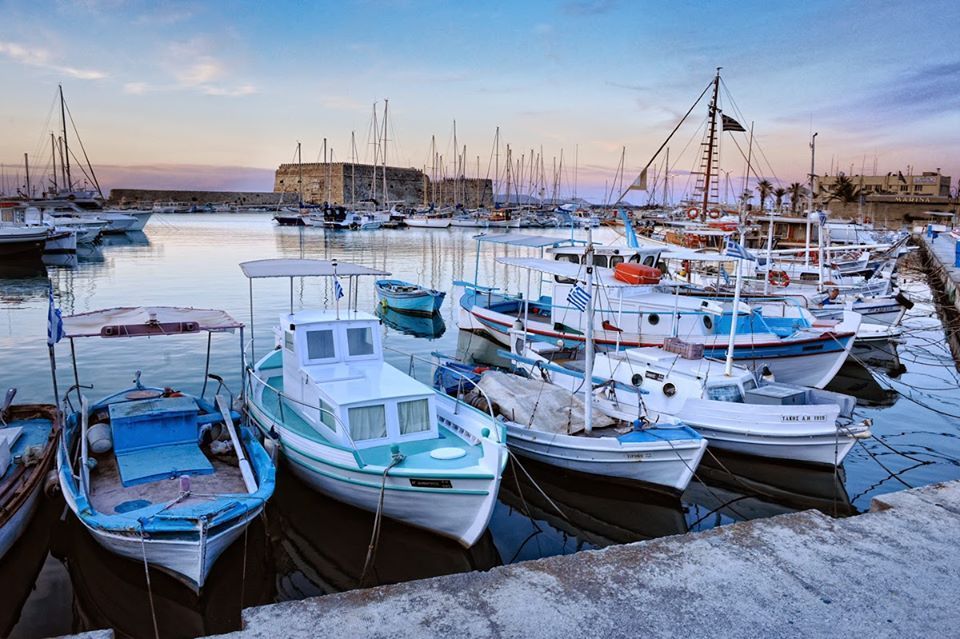 Heraklion is an important Greek shipping port and ferry dock. Travellers can take ferries and boats from Heraklion to destinations such as Santorini, Mykonos, Paros, Ios and Rhiodos. It offers also direct ferries to Naxos, Karpathos, Kasos, Sitia, Anafi, Chalki and Diafani. There are also several daily ferries to Piraeus, Athens. The port of Heraklion was built in 1928. 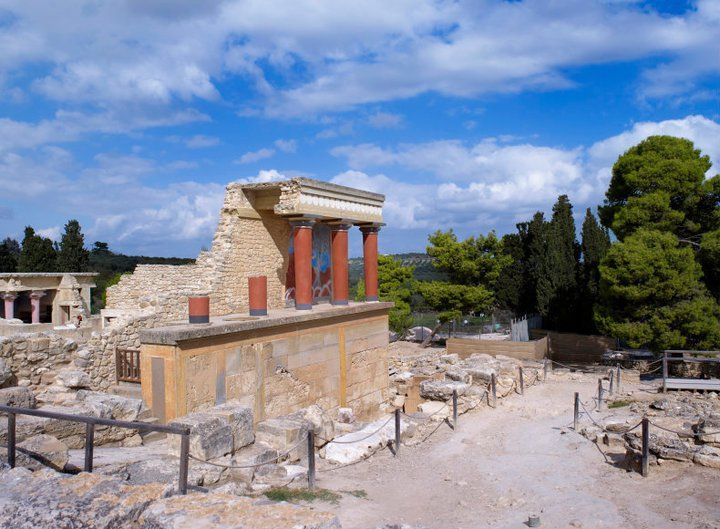 The palace of Knossos, known as the Palace of Minos, is the largest Bronze Age archaeological site on Crete.

Settled as early as the Neolothic period, Knossos references to the major city of Crete. The palace of Knossos eventually grew to become the ceremonial and political centre of the Minoan civilization and culture. It was abandoned at the end of the Late Bronze Age.