Greece’s largest solar power plant on its way to Kozani 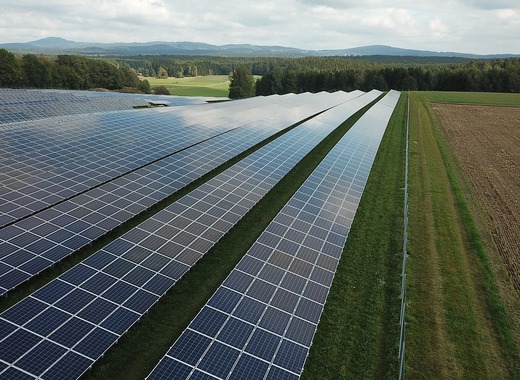 The Greek oil giant Hellenic Petroleum has announced that it will soon be receiving funding to create the country’s largest solar power plant. The move represents a major step in Greece’s transition away from fossil fuels towards renewable energy sources and marks an important milestone in its climate ambitions.

Making use of what you’ve got

So far, Greece’s economy and people have been heavily reliant on oil and coal – both heavy polluters that must be phased out as soon as possible in order to protect the climate and the environment – and in order to fit into the European Union’s overarching climate goals.

Thus, Hellenic Petroleum will be making use of one of the greatest natural resources that Greece has at its disposal – namely its sunny weather. The new massive solar power plant will produce some 350 gigawatts of energy per year, roughly equivalent to the needs of over 75,000 homes.

The plant will be located in Western Macedonia’s Kozani – the region that is the most reliant on coal and oil in the entire country, creating a visible and tangible alternative to fossil fuels in the place where it is needed the most. Hellenic Petroleum, however, does not plan to stop there. Instead, over the next few years, in the leadup to 2025, the company will build additional plants that will provide some 600 megawatts of electricity from renewables.

The funding for the project amounts to some 75 million euros, which will be provided by the European Bank for Reconstruction of Development. The creation of this new massive solar power plant also fits perfectly into the European Commission’s plans for a green economic recovery from the coronavirus pandemic as well as with the European Green Deal.