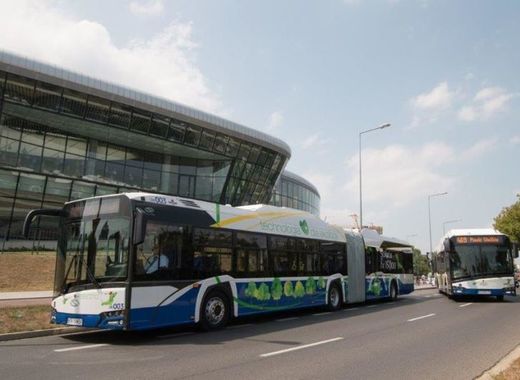 Last week MPK Krakow – the transport service - has announced a tender, thanks to which 50 new articulated electric buses are to be delivered to the Polish city. The implementation of this contract will start as soon as the carrier receives funding from the Infrastructure and Environment Operational Program for 2014-2020.

If everything goes according to plan, all buses will be delivered to Krakow by the end of 2020. The new electric buses will be equipped with air conditioning, monitoring, passenger information system and platforms assisting disabled persons getting on and off. They will be used on four lines in the areas of ​​the city where the greatest exceedances of air pollution standards are recorded. The purchase of 50 zero-emission buses means that there will be a total of 76 such vehicles in the streets of Krakow.

Krakow is the first city in Poland in which a regular line operated by electric buses was launched. The capital of Lesser Poland is also the first city in the country which has introduced a total ban on burning coal and wood by private citizens. The ban applies to private individuals and concerns stoves, furnaces, fireplaces, and large stationary grills.