Public transport in Attica and Thessaloniki slated for major expansion 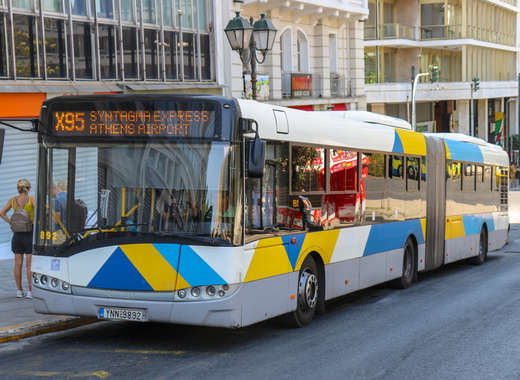 The Greek regions of Attica and Thessaloniki will be receiving hundreds of new buses thanks to the funding that will be provided by the Piraeus Group. The Group’s goal is to help the cities improve their public transport networks during a period when excellent mobility is of paramount importance for citizens. The funding is also a welcome relief for local officials who have seen their municipal budgets squeezed by the unfolding economic aftermath of the pandemic.

Acting for the benefit of ordinary citizens

Piraeus Bank, alongside Piraeus leasing as the sole financier, will be providing the funding for the purchase of a total of 200 city buses for the long-distance public transport operator KTEL, who runs in the areas of Athens, Corinth, Evia and Theva. As part of the agreement, KTEL will also take up the routes in suburban areas in the Attica region, which would, in turn, relieve some of the pressure on the Athens Urban Transport Organisation.

For Thessaloniki, the Group will purchase another 180 vehicles that will be granted to the Thessaloniki Urban Transport Organisation, greatly benefiting the city and its surroundings.

According to the press release, published by the Piraeus Bank Group, the entity “…supports and strengthens the transport work of the two Regions in order for it to be improved and upgraded, in order to safely serve the citizens in the difficult times we are going through.”

The investment will also play a crucial role in the long-term development of these regions as the buses that will begin rolling out on their streets will make up the backbone of any future expansion of their respective public transport services.