The repainting of Öresund Bridge will last for 13 years 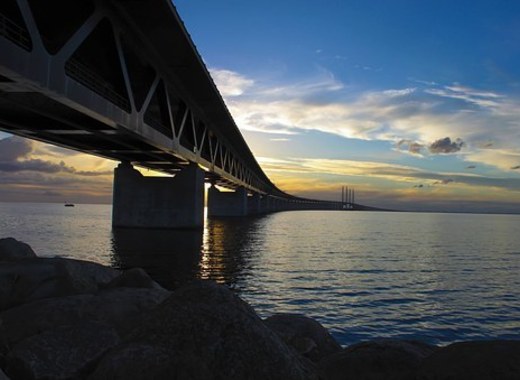 In October 2019 work will begin on painting two new coats on the Öresund Bridge which connects Denmark and Sweden. The work will finish in 13 years and soon after that it will have to begin anew. The completion of the project is planned for 2032.

The Öresund Consortium announced that German company had won the 21,5 million euros (226 million Swedish kronor or 160 million Danish kroner) contract for the first 4 years of the project. Actually, there's 300,000 square metres of surface to paint. The contract will see it add two new layers of paint to the steel construction that runs under the motorway. The first stage of the project will cover the southern side from the island of Pepparholm to the Swedish coast. This contract is the biggest maintenance project on the bridge since it was completed in 1999.

The Øresund Bridge is the longest combined road and rail bridge in Europe, with the bridge part running nearly 8 kilometres from the Swedish coast to the artificial island of Pepparholm in the middle of the Öresund Straits. The span is completed by the 4 kilometre long Drogden Tunnel from to the Danish island of Amager, which is connected to Copenhagen.