With a week’s delay, Cypriots head back to school 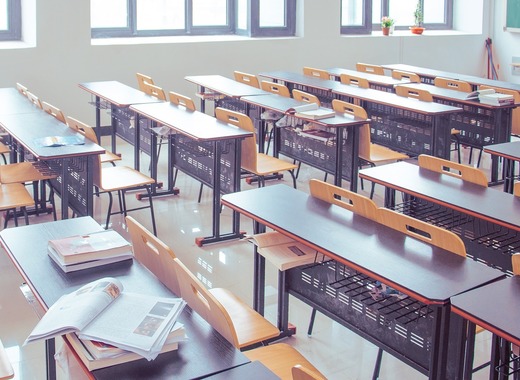 Following substantial backlash from citizens and after a week’s delay to the opening of schools, the Cypriot Ministry of Education has unveiled a list of changes that will be introduced in educational facilities that are meant to keep students safe and healthy and to prevent a resurgence of COVID-19.

One of the biggest announcements delivered by the Ministry was that the government will be providing free face masks to all high school students in the country, as their use will be mandatory while in class.  Each pupil will be entitled to two face masks which must be kept on at all times during lessons.

Minister for Education Prodromos Prodromou also stated that schools will be making use of all their large rooms, turning them into social distancing-friendly classrooms meant to allow larger groups of students to maintain a healthy distance from each other.

The minister also defended the government’s decision to join two two-seater desks with acrylic dividers in order to allow for them to accommodate up to thee students. He explained that all other alternative solutions would have taken far too much time to be implemented and would have resulted in further delays.

For example, the idea to use only one-seater desks was impossible to implement en masse, as the government would have needed to purchase 82,000 of them, which would have arrived in around 6 months. Plexiglass dividers for each student were also considered but they too would have been not only costly (priced at 2.8 million euros) but would also have arrived in three months’ time.

Prodromou further stated that in schools where no sufficient space can be guaranteed for students, classes will be divided in two separate groups – one would follow the class online, while the other will be present in person, rotating each day. The Ministry is also ready to immediately transition into distance learning-only mode should the epidemiological situation demand it.