Bela Schwartz: The residents know that if I promise something, I will implement it 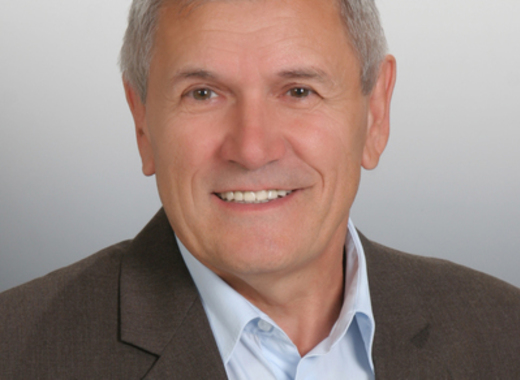 Bela Schwartz has been the Mayor of Ajka since 2002. In this interview, he explains how Ajka changed its image from an industrial town into a modern and colourful settlement, driven by the needs of its districts.

Ajka is a small town with a population of approximately 30.000 people located in the western part of Hungary. It lies 40 kilometres north from Lake Balaton. Some 30 years ago, it was referred to as a large housing estate, whose buildings were mainly characterized by block and house-building technology.

We renovated more than 6000 of the 7200 flats and they were thermo insulated and converted. Thanks to this we can see the renewed, modern, colourful buildings instead of the simple, unicolour block of flats.

There is now a modern institutional system for the citizens of Ajka. There is a renewed hospital with more than 400 beds, renovated outpatients’ clinics, modern kindergartens, nurseries and schools serving the citizens. We would like to establish Ajka city’s first institution of higher education.

Ajka is split into 9 parts and our motto is “we control Ajka by districts of the town”. This motto reflects the needs of the citizens, so we have established institutions and associations in every part of the town.

The modern Ajka’s goal is that its citizens have as much useful knowledge as possible and that is why, for example, children are taught English in the kindergarten.

With the phasing out of the heavy industry and gradual efforts for modernisation, Ajka is no longer regarded as a housing estate. Photo: City of Ajka

You have been mayor of the city since 2002. Tell us how Ajka changed over the years.

In 2002 when I was elected, I drew up plans for the transformation of Ajka. Many thought that some of my ideas shouldn’t be implemented because I will lose votes. For example, there were small gardens near the entrance of the town where 900 people were farming. These parcels were dismantled and we established a new business district in this area.

We introduced and got the parking system across to citizens. They understood the traffic regulation role of this system and started spending as little time as possible in frequented places.

The former urban development concept was modified by us. In the previous concept, the authors thought that Ajka is a uniform city so those functions which are city-level should be concentrated in the city centre.

We, on the contrary, believe that we should lead Ajka via the parts of the town, so we established communal spaces in each of them. We converted the internal space and the parks of the town in that way so among the renewed buildings every inhabitant can enjoy the milieu.

Beyond that, we built 50 new playgrounds, 1500 new parking places and placed 1000 benches in the city so that the inhabitants can enjoy their ambience. There have been a lot of changes in the city’s life that changed its face.

Our developments have not fundamentally changed the structure of the city, yet, there will be structural changes in the near future like the approach and the development of the industrial park. We have an available quasi 100-hectare ground and we are waiting for the investors.

We have already built one part of road 8 from which the industrial park can be approached. We would like to build the other part because this road will connect the industrial park with the conventional industrial area where the power plant and the aluminium sector are located. If we can build this road, we will relieve the centre where more than 100 trucks go daily.

The development and the serving of the centre require more parking places and a new approaching route. According to modern perception, the centres of the downtowns must be relieved from the big car traffic. Unfortunately, we have not yet achieved that so it will be the challenge in the next period.

In this sense, what are the major developments planned for Ajka?

We reevaluated the role of the city centre, so we are going to renew the Torna stream which crosses the town. We would like the inhabitants to be able to relax next to the Torna stream and this is one of our largest projects, to which we welcome foreign investors.

The city park has the same role than the Torna stream. The multifunctional city park extends on 10 hectares and offers a lot of facilities to spend free time. They will be synchronized and developed into a united resting zone.

We are going to construct a sports campus with a different view. This sports campus will be the concentrated developmental area with competitive sports, and it will have an ice rink, football stadium, table tennis hall, handball pavilion, shooting and extreme sports field.

When it comes to sports, our goal is for us to reach the 2nd level in the ranking of Hungarian cities -  thus we must strive to be in the second line of the national classes in our sports results as well.

We achieved this result in most of our sports. In this sports campus, we would like to build the “snail house” which would provide sports and entertainment opportunities for young people. The investments cost is about 3 billion HUF.

Did the coronavirus pandemic force you to rethink your future projects and investments?

Yes, because of the coronavirus epidemic, we had to reconsider several projects. This was mainly because the Hungarian Government has significantly reduced the income opportunities of the municipalities.

For example, the renew of the Torna stream will be begun with a one-year delay. There are other investments facing delays or postponement in the near future.

In your opinion, what was the reason your fellow citizens re-elected you four times?

I think I was re-elected 4 times because the inhabitants of Ajka rate my consistency highly. This means that if I promise something, I will implement it.

One month ago, you thanked citizens for behaving responsibly facing the Covid-19 pandemic. Do you still believe this is the case? What did the municipality do to prevent a devastating unfolding of the pandemic?

Yes, I still think today that in the first phase of the virus infection Ajka’s inhabitants behaved responsibly and the citizens followed the rules laid down by the government and the municipality. In addition, what the central authorities ordered was acted upon by the offices of the local government.

In terms of measures, for example, in the crèche, we only accepted those children whose parents could not solve the accommodation of their child otherwise. We accepted 10-15 children in two crèches in small groups. We did the same in the case of the kindergartens. One kindergarten was responsible for carrying out this service.

We regulated the operation of our social institutions and we ended the visits. We instructed for sterilizing and social distancing. We ordered the use of facemasks and hand disinfectants when people entered the building of the local government.

Our events have been cancelled or suspended. We monitored the performance of the companies in Ajka and we helped them with the opportunities of the part-payment whenever they required that.

Finally, if you could share one innovative project or a measure from Ajka with the other mayors in the European Union, what would it be?

Between 2005-2015 the industry of Ajka progressed forward with difficulties. We helped solve this problem and we gave 300.000 HUF per workplace as a non-repayable grant for every company to claim it and create new, modern workplaces which they were required to keep for 3 years.

With this method, we created 200 new workplaces in the town the productivity of which has proven in the subsequent tax term. This has also contributed to the fact that Ajka has 17,000 workplaces today and these workplaces already represent modern industry and not the former heavy industry aspect.