Over 4.5 tons of waste were saved by visitors of the bazaar last weekend 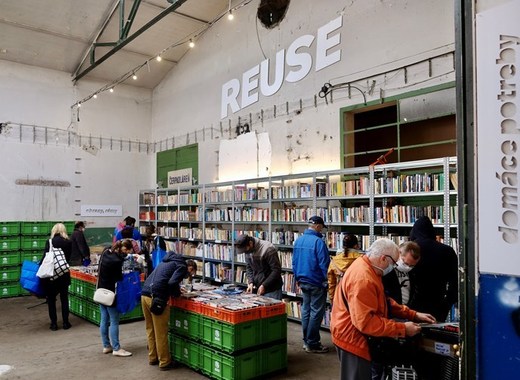 Last weekend, Bratislava hosted its first-ever Municipal Bazaar. As TheMayor.EU reported earlier in September, the goal of the event was to raise awareness for the cause of sustainability and for the launch of the emerging Bratislava Reuse Centre.

Thus, the pilot event concluded on Sunday, 11 October, after being visited by over 900 citizens, who together contributed to the saving of over 4.5 tons of waste.

Making sustainability and circularity the norm

Under strict anti-epidemiological measures, over 900 visitors came to the Municipal Bazaar to the premises of the municipal company on Bazová during the weekend. Together, in total, they spent some 8000 euros for different objects that cumulatively saved more than 4.5 tons of waste. The funds that were gathered have been put into a transparent account and will be used for the establishment of the stable re-use centre KOLO.

After the event, Bratislava’s mayor Matus Vallo expressed his gratitude to the team responsible for the project and to his fellow citizens, stating "I want to thank our team, which was dedicated to the project, the partners of the event, but especially the people who brought things to the bazaar and donated them for the right purpose. I am extremely happy that we are able to make our city more environmentally friendly in this way together”

The main goal of the Municipal Bazaar was to support the reduction of waste and the conservation of natural resources. This same goal will be shared by the future Bratislava reuse centre, which already functions as a non-profit organization called KOLO.

Thanks to the funding that was secured during the Bazaar, authorities will be able to secure a suitable space for the new centre, which would allow not only the sale of items, also the organization of educational events or the operation of a shared workshop for the repair of used objects.