Communism, torture, even gingerbread museum: Prague has one for each day of the year 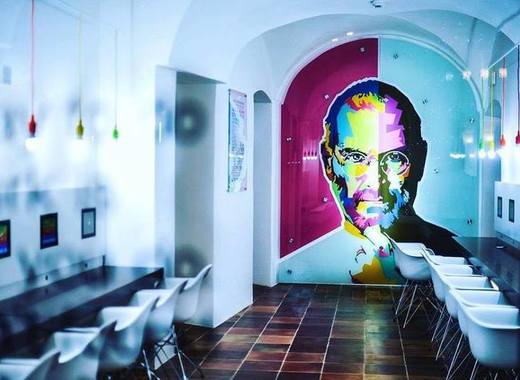 Hardly can we deny that Prague is a cultural tourism capital of Europe: no visitor remains indifferent to its culinary, architectural or museum traditions and spectacular variety of attractions. But what is best about the Czech capital it that is a year-round tourism destination, suitable even for the most exquisite taste. From such dedicated to beer, technology or history, the enormous variety of museums and galleries offers a spot for everyone to enjoy.

Even Tripadvisor lists around 346 museums in Prague, which makes close to one per every day of the year. Here is an unbiased suggestion of less-known museum ordered randomly: visit them now, because there will be more of them next time you visit the Czech capital.

A wide collection of propaganda and graphic materials, as well as art-installations and reproduction of public spaces, disclosing the life under communism in Czechoslovakia from the February putsch in 1948 to the Velvet Revolution in 1989.

The Museum of Committee for State Security of the USSR (or KGB) in Prague is arguably the first worldwide to offer a glimpse at the personal life of the highest members in the Soviet State: the senior functionaries. The death mask of Lenin, the murder weapon of Trotsky, KGB laboratory equipment and many more are awaiting the most curious amongst you.

A unique exhibition of instruments of medieval torture, comprising of more than 100 artefacts covering over 400 square metres area. Authentic surroundings, audio-visual stimulation and... fear will be your company during this visit.

Do not deprive yourself of a hot handmade gingerbread cookie and find out more about the long-standing tradition of baking and decoration of gingerbread in the Czech Republic. See masterpieces of the top bakers in the country and unveil for yourself their secret recipes.

A private collection of Apple products, which is considered the largest in the world, consisting of 472 items dispersed in 767 square metres. See how the world around us changed, thanks to the technological devices and particularly to the genius of Steve Jobs. Museum guidance is offered in 8 languages and profits are given to charitable purposes. What is more: the restaurant belonging to the museum is vegetarian: so was the founder of Apple since his university years.

Another best world museum in Prague: the largest museum dedicated to the bricks of Lego, known as the toy of the century is located here. A million bricks were used to build more than 2500 different models in 20 thematic paths. Pirates, knights, Indiana Jones and Mr Yoda will be your fellow travellers in space and through history.

Together with its twin museum in Poděbrady, the Film Legends Museum in Prague is home to 1200 exhibits of statues, figurines and replicas of famous Hollywood movies, such as the Lord of the Rings, the Hobbit, The Beauty and the Beast, Iron Man, the Joker and so on. Offer yourselves an amazing experience, just like in the movies.

A tribute to the drink we owe our concentration in the mornings and the ability to start the day off. The history of coffee, dating back to 525 A.D. is depicted in another curious museum in Prague, which tells us how it came into being, where do we get it from and how does it turn from a plant into hot black liquid. Various machines used in the preparation, roasting, grinding and serving of the beloved drink are on display.

Reveal the secret of eternal life and youth, learn how to turn stones into gold and precious metals... or at least try it, just as the alchemists used to do in the XVI-th century in this old building, part of the cultural heritage of UNESCO. The alchemical laboratory of Rudolf II now turned into a museum will fascinate you with unknown sides of nature and science. The laboratories were discovered during the reconstruction of the building, which is one of Pragues oldest and has been miraculously preserved, despite the demolition of the Jewish quarter.

Enjoy every minute in Prague!