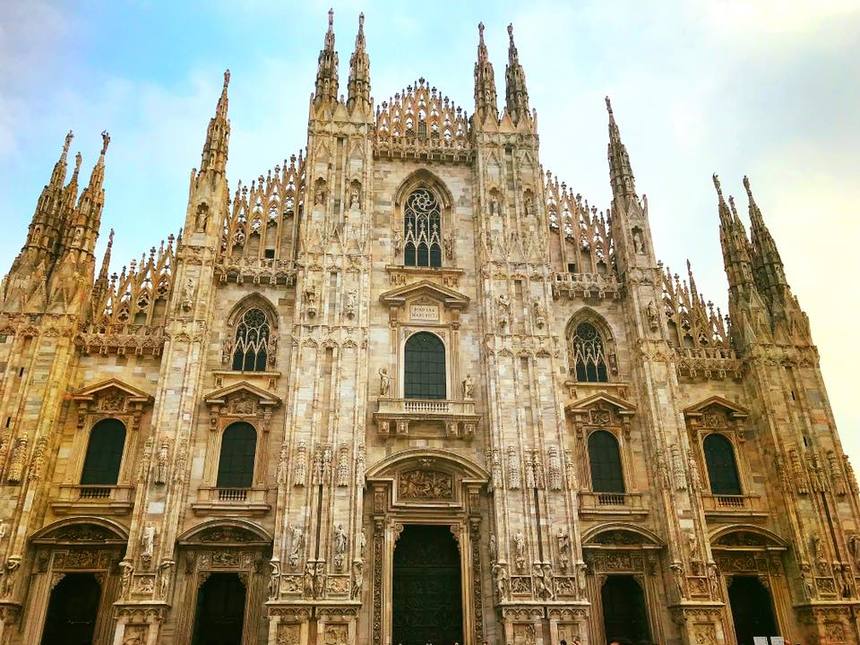 Back in time, Milan was the capital of the Western Roman Empire, the Duchy of Milan and the Kingdom of Lombardy-Venetia. Nowadays, only a few traces of the Roman period remain in the city.

One of the reasons for the fall of the Roman Empire was the barbaric invasions coming from Northern Europe and Asia. In 539 AD Milan was sacked and its role of capital was lost.

During the XII century a remarkable independence movement - called the Comuni, developed in many towns of Northern Italy. The Comuni fought against the hegemony of the German emperors. Milan economically dominated in the region and has played a major role in the Comuni movement.

The period of democratic government came to an end when power was seized by the old Milanese Visconti family from 1277 to 1447. They gave the city political and cultural supremacy and international renown.  Under Visconti rule, the construction of the Duomo and of the Castle began.

After 1447 there were 3 years of republican rule. In 1450, Francesco Sforza, son-in-law of the last Visconti duke and captain of the Milanese army, took over command of Milan. The Sforza family's rule coincided with the Renaissance years in the country.

In the early XVI century, Northern Italy became one of the territories contested by the French and the Spanish monarchies. The Spanish prevailed, and the city was governed by them for nearly two centuries.

The great European wars of the late XVII and early XVIII centuries brought Milan under the domination of the Austrian Imperial dynasty of the Hapsburgs. The city experienced a recovery which encompassed its economy, the functioning of its public administration, culture and arts, education and scientific development.

During the wars that followed the French Revolution of 1789, Milan came under French control. It became capital of the Cisalpine Republic and, thereafter, of the so-called 'Regno Italico', which was governed by relatives of Napoleon and comprised nearly the whole of Northern Italy.

In 1815 the Austrians returned to Milan after Napoleon's defeat. In 1848 the city rebelled against the Austro-Hungarians. In 1859 it became part of the Savoy Kingdom.

In the Kingdom of Italy Milan rapidly became a financial and industrial centre. The city center of Milan was soon taken over by banks and insurance companies.

In 1919 in Milan was founded the Fascist party. During Fascism were built the Stazione Centrale (Central Station) and the Triennale.

Milan has emerged as Italy's major centre for commerce, finance, publishing and as the country capital of the fashion, design, media and advanced service sectors.

Milan is the capital of Lombardy and the second-most populous city in Italy, with the city proper having a population of 1,362,695 while its province-level municipality has a population of 3,229,000. Its continuously built-up urban area (that stretches beyond the boundaries of the Metropolitan City of Milan) has a population estimated to be about 5,270,000 over 1,891 square kilometres, ranking 4th in the European Union.

The wider Milan metropolitan area, known as Greater Milan, is a polycentric metropolitan region that extends over central Lombardy and eastern Piedmont and which counts an estimated total population of 8,173,176, making it by far the largest metropolitan area in Italy.

Milan is the industrial and financial heart of Italy. The province of Milan generates approximately 10% of the national GDP; while the economy of the Lombardy region generates approximately 22% ot Italy`s GDP. The province of Milan is home to about 45% of businesses in the Lombardy region and more than 8 per cent of all businesses in Italy.

Milan is an important industrial and manufacturing centre, especially for the automotive industry, with companies such as Alfa Romeo, Pirelli and Techint having a significant presence in the city. Other important products manufactured in Milan include chemicals, machinery, pharmaceuticals and plastics, health and biotechnology and food & beverage.

The city is home to a large number of media and advertising agencies, national newspapers and telecommunication companies, including both the public service broadcaster RAI and private television companies like Mediaset, La7 and Sky Italia.

As Italy's financial hub numerous headquarters of insurance companies, as well as many banking groups (198 companies) and over forty foreign banks, are located in the city.

Milan is a major world fashion centre, where the sector can count on 12,000 companies, 800 showrooms, and 6,000 sales outlets (with brands such as Armani, Prada, Versace and Valentino), while four weeks a year are dedicated to top shows and other fashion events. The city is also a global hub for trade and design.

Porta Muova is the main business district is the main of Milan, and one of the most important in Italy. Tourism is an increasingly important part of the city's economy. 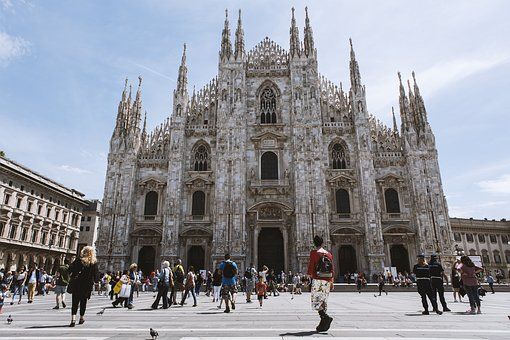 The city has long been named fashion capital of the world and the world's design capital, thanks to several international events and fairs, including Milan Fashion week and the Milan Furniture fair, which are currently among the world's biggest in terms of revenue, visitors and growth.

Milan is the destination of 8 million overseas visitors every year, attracted by its museums and art galleries that boast some of the most important collections in the world, including major works by Leonardo da Vinci. The city is served by a large number of luxury hotels and is the fifth most starred in the world by Michelin Guide.