Buses began operating for free at the start of the year 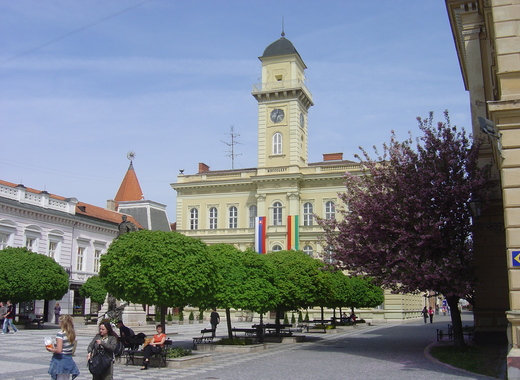 At the start of January, the Slovakian town of Komarno became the first city in the country to introduce entirely free public transport to all its residents and visitors. The plan for this drastic change was approved by the city council late last year and marks a first in municipal politics in the country – no other town has yet made the attempt to make public transport free of charge for citizens and tourists alike.

Mayor of Komarno Béla Keszegh has stated that while the measure has been in effect since the start of January, there are still some kinks to be worked out. That is why, local authorities, alongside the company responsible for the city’s public transport network, will be constantly monitoring the situation and evaluating its progress and use.

Before beginning development of the solution, the Komarno City Council commissioned a study of public opinion on the subject of transportation. What the results showed was that citizens of Komarno harboured a dislike for the city’s public transport system. A majority of locals preferred using their own personal cars or taxis instead.

This is clearly exemplified by the simultaneous drop in the sale of bus tickets and the rise in the number of cab drivers. Combined, these two events have led to the city’s public transport network working on a deficit, failing to meet its financial obligations.

The solution, according to local authorities, is simple – just make the whole thing free and promote it in such way so that it becomes more attractive to citizens. The City Council believes that if the initiative ends up being a success, Komarno would become a better, greener and healthier place. Increased use of public transport would mean fewer cars on the road, which in turn would lead to less traffic and less pollution.

Unfortunately, history is not on the side of Komarno officials. Zilina was the first city in Slovakia to make a similar attempt in 2014. Public transport was made free for residents who did not owe any money to the municipality – but the scheme proved unsuccessful and was ultimately scrapped.