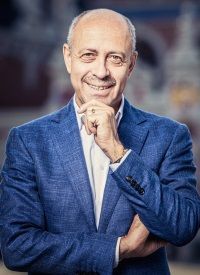 Oļegs Burovs was born on 5 August 1960 in Riga. He has graduated from the Riga Medical School and also holds a degree in Economic and Labor Sociology from the Institute of Social Economics at the Academy of Labor and Social Relations. After Latvia regained its independence, Burovs has worked in a number of government agencies and ministries, including the Ministry of Finance and the Privatization Agency. He has also devoted a significant amount of his life to working in Riga Municipality, where he chaired the Riga City Council Property Department. He was first elected to the Riga City Council in 2013 and became mayor of the Latvian capital in 2019 in the wake of scandals involving the previous incumbents.