Oddly enough, it’s not been country leaders, rather the mayor of Prague who’s been at the forefront of combating Chinese influence on the continent 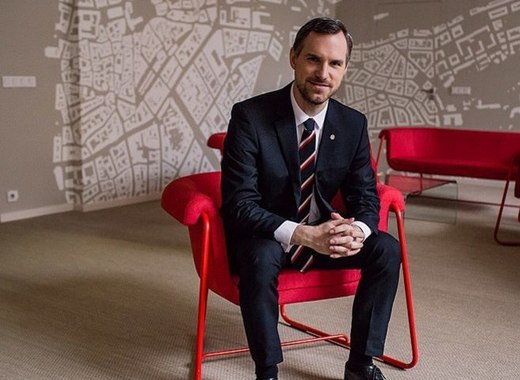 This week we take a look at Zdeněk Hřib – the mayor of Prague, Czechia

As it might turn out with most entries in our Major Mayors series, Zdeněk Hřib is an unorthodox politician. The most glaring of his features which make him stand out is the fact that he’s a member of the Czech Pirate Party. Pirate parties are nothing new in Europe with them being popular in numerous countries including Germany, Sweden, Luxembourg and even Iceland. For the most part they identify themselves as centrists, combining elements of economic centrism and social liberalism. Some of the policies which Zdeněk Hřib has been an adamant defender of since he became mayor of Prague in 2018 have been environmental protection and LGBT rights – and most importantly the cleaning up of politics and the major corrupting influences in the country.

Hopefully, you haven’t had your ears plugged for the past decade and you’ve heard that China has been at the center of most geopolitical developments – if not all. For example, every step taken by the United States’ federal government, no matter in which direction, has been aimed at curbing Chinese influence across the globe. The rise of China has become a major point of worry for Western leaders, including for our very own elected officials – at least one should think so.

With strategic aims and political values radically different than the ones proponed by the West, one would expect European leaders to be actually concerned with Xi Jinping’s rise to dictatorship, his country’s ventures in Africa and the very nature of unpredictability of authoritarian regimes. Instead our leaders have chosen to mostly remain deaf and blind to the issue choosing to ignore it and hoping to benefit from the large amounts of trade which is centred around China.

One Belt, One Road, One Problem

It’s not too late however – leaders of the EU are very slowly waking up to some of the problems which pose the changing world order and are realizing that playing with China also means becoming absorbed in their vast networks. The One Belt, One Road initiative is becoming somewhat considered as a strategic threat rather than opportunity by some states, while the issues with the EU’s 5G network and the potential reliance on Huawei technology are becoming more and more apparent.

The very weight, influence and power of China, however, have demanded a very slow and steady approach by our own heavyweights, who have been cautiously approaching the subject. But in these turbulent times it’s good we have someone like Zdeněk Hřib to lead the charge.

So what did the mayor of Prague do to hoard international media spotlight? He directly went against one of the tenants of Chinese political ideology – the One China Policy, by refusing to expel the ambassador of Taiwan at the request of his Chinese colleague. This was followed by the hanging of the flag of Tibet at the Prague Town Hall, hosting the leader of its government in exile and a subsequent visit to the capital of Taiwan. All these moves resulted in the angering of Chinese officials and has led to a weird game of chicken between the mayor of a central European city and the gigantic monolith that is the Chinese Communist Party.

This is especially striking as Zdeněk Hřib has clashed headfirst with his own country’s government as well – headed by the ANO party and Andrej Babis, who have been heavily promoting Chinese investments in the country. He also went against the municipality’s own interests as it has also been a big beneficiary of Chinese money. All in the name of a cause which Prague has a deeply-rooted support for – the freedom of Taiwan and Tibet.

Zdeněk Hřib – the Pirate mayor of Prague has positioned himself as the image of resistance against Chinese influence not only in Europe, but across the world. With tension and value clashes rising and growing, it’s an extremely positive sign to have someone like him to promote our values and help defend those who have been sidelined and bullied into the corner. And who knows, in a couple of years’ time Zdeněk Hřib might be the one directly overseeing his country’s policies against China.