See the complete transformation of Budapest Subway in pictures and video 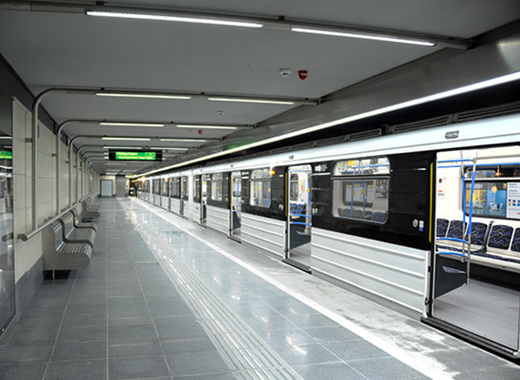 Line 3 of Budapest subway has been partially renovated in its northern section which was opened on Saturday afternoon. Mayor István Tarlós considers line 3 of the Budapest subway a milestone after weeks of testing and trial running during and a total of 17 months of construction works. As the Mayor pointed out line 3 is more than 17 kilometres long, which makes it the largest railway system in Hungary, with more than 500,000 passengers on working days. He also stressed the role of the subway line for connecting the northern and southern parts of the Pest side.

Built between 1970 and 1990 without any major renovation until now, the line needed at least several main remakes: the rolling stock had to be renewed, the equipment was outdated. What is more, various systems were upgraded. For instance, the information system at the stations of Újpest-centre, Újpest-city gate, Gyöngyösi street, Forgách street, Árpád bridge and Dózsa György-road was installed. Escalators and elevators were also built. More than 500 digital and static passenger information boards have been installed together with 650 new speakers. To increase passenger safety, the stations have been equipped with around 170 cameras. The existing escalators were replaced again and new escalators were built at Dózsa György street station and a lift.

Finally, in order to ensure equal opportunities, to facilitate travel for the blind and visually impaired, there were guiding bands at the stations and loud information devices for the escorts at the entrances to escalators. Mayor Tarlós recalled that at the extraordinary meeting of the Metropolitan Assembly on 25 August 2014, he adopted a proposal for the renovation of the infrastructure and the fleet of the metro line 3. According to a government decree of 2016, the grant amount of the project was decided at HUF 137.5 billion.

Speaking of the continuation of the reconstruction, he unveiled that the renovation of the southern section of the subway line will continue, the construction works will start on April 6 between Népliget and Kőbánya-Kispest stations. The southern phase is expected to resume in the third quarter of 2020, and the mid-term phase will then begin to modernize which could go as long as until 2020.