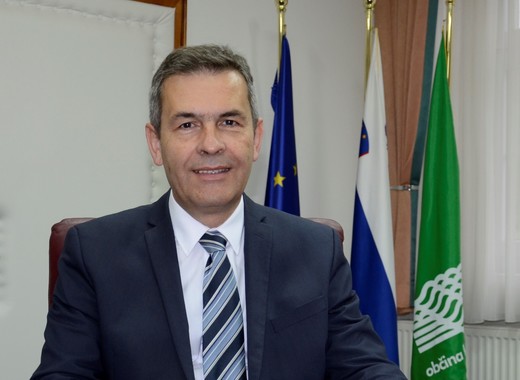 Miran Stanko was born on 28 March 1956. He is a civil engineer and a Bachelor of Economics with a master's degree in business and informatics.

He has been employed as a civil engineer in the construction company for 14 years. In 1990 he established his own company, Hermes, in Krško, which deals with business informatics and IT technology development and business consulting. 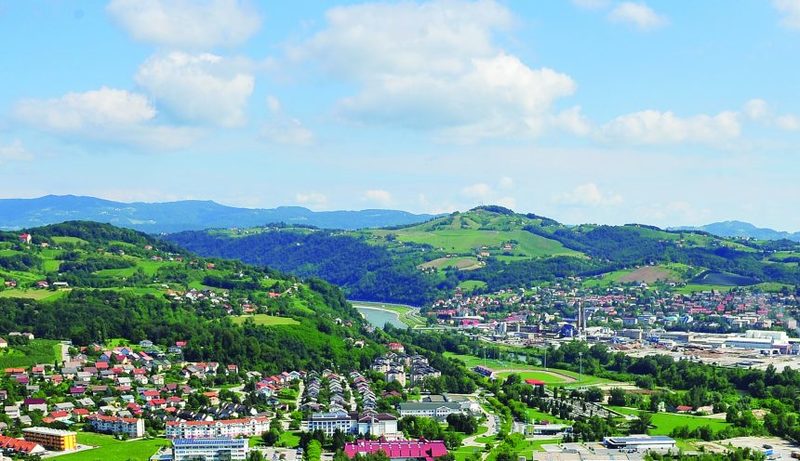 Krško is the administrative, cultural and economic center of the region Posavje. Photo by visitkrsko.com

Mayor Stanko, please describe the beautiful municipality of Krško in a few sentences.

The municipality of Krško is located in the south-eastern part of Slovenia, close to the Slovenian-Croatian border, 100 kilometres south-east of the capital Ljubljana and 50 km from the capital city of Croatia Zagreb. The area of the county covers just a little less than 300 km2, and counts about 26,000 inhabitants. Krško is the administrative, cultural and economic center of the region Posavje.

The economy is primarily based on the energy sector, as we have the only nuclear power plant in the country, as well as a hydro power plant and thermo power plant. The economy is based also on entrepreneurship, crafts and agriculture (mainly fruit and vegetable growing, winemaking).

The cornerstone of economic development is also determined by the competitive supply of communal land in business zones with an outstanding strategic position along the main road and rail corridor. Tourism is also on the rise, especially in the area of ​​active holidays and culinary offerings. The municipality is also characterized by a rich history and diverse cultural past and numerous natural sights.

What are the main achievements and initiatives completed since you assumed the post of Mayor of Krško?

In the last few years, we paid special attention to the construction of the infrastructure, in particular the modernisation of water supply and sewage system, reconstruction and construction of a road network (we have 800 km of roads), we have restored many objects of cultural heritage (castle Rajhenburg, Mencinger's house, Krško City museum), energetically rehabilitated most of the eight primary schools. Special attention was taken to care for the elderly, we provided the conditions for the functioning of cultural and sports societies, voluntary organizations. In the field of agriculture, we enabled better conditions for growers by the construction of irrigation systems and we co-financed small business development every year.

The economy of Krško has been booming for a long time, to what do you attribute this achievement? What is the municipality doing to attract new investors and strategic projects?

At all times, our mission is to provide the best possible conditions for different companies. In the past ten years, we have been involved in the construction of energy facilities, which will be a priority in the future, especially if the country decides to build a second unit of the nuclear power plant.

The basis for economic development is also determined by the competitive supply of communal land in business zones with an outstanding strategic position. Namely, they are located along the main road and rail corridor, that enables exceptionally favourable logistical connections, which, in addition to developed support activities and adequate infrastructure, is a competitive advantage, which is well used by many local, national and global companies. Investors can choose from 83 hectares of vacant land, while the remaining 82 hectares already have business activities that have enabled more than 700 jobs in the municipality of Krško in recent years.

I would like to highlight in particular two projects co-financed by European funds. The first is the Save the Water regional project, to which all municipalities in the Posavje region joined last year.

The main goal of the project is to provide free advice to citizens on the effective treatment of municipal wastewater in areas of dispersed settlement where the local community is not obliged to build a public sewage system. Municipalities and utility companies have signed an agreement to co-operate and fund a free consulting office where citizens receive information and advice on municipal wastewater treatment.

The second is MOST - Integrated Care project in the Municipality of Krško as one of the pilot Slovenian projects, which represents a system of measures, services and activities aimed at persons suffering from illness, injuries, disability, lack or loss of intellectual ability for a period of time or permanently, dependent on the assistance of other persons in performing the basic and supportive daily tasks. The aim of the project is to establish effective coordination between social and health care providers and newly established entry points with the aim of providing an integrated service to the user.

Krško is a cultural centre of the area. What is the municipality planning for its cultural program for this year?

This year is dedicated to the 500th anniversary of the birth of our countryman, born near Krško, the first grammarian Adam Bohorič, in Krško and in the country in general. In addition, we spend around € 2 to € 2.5 million annually on cultural activities, programs and investments.

This year will be mainly marked by the construction of the extension of the central library and the renovation of the existing library in Krško, with the total expence around nine million euros. In recent years, with the help of European funds, we have already restored the castle of Rajhenburg in Brestanica, the Mencinger's house, the Valvasor complex - today the Krško City Museum, as well as the Hocevar's Mausoleum.

The European Portal TheMayor.eu is a great opportunity to share good ideas and good practices. It is a new opportunity to connect European cities, European mayors, municipal administrations, from which closer cooperation can be developed.

What will be the main goals you are planning to develop in the near future to make Krško a better place to live?

The main tasks or the goals are primarily the improvement of public infrastructure, upgrading the infrastructure and conditions for the development of sustainable mobility, rehabilitation of degraded areas (remains of the post-socialist industry), municipality friendly to young people and the elderly, intergenerational cooperation…

To find out more about Krško, visit the profile of the municipality.