600 employees will repair the largest aircraft engines in the world

A state-of-the-art XEOS Aircraft Service and Repair Centre was opened near Wrocław, Poland. The impressive investment worth PLN 1 billion is by two aviation industry giants - Lufthansa Technik and GE Aviation. It will work with modern technologies, respecting the highest standards of quality and safety. 600 mechanics will be repairing the largest and most advanced aircraft engines in the world. 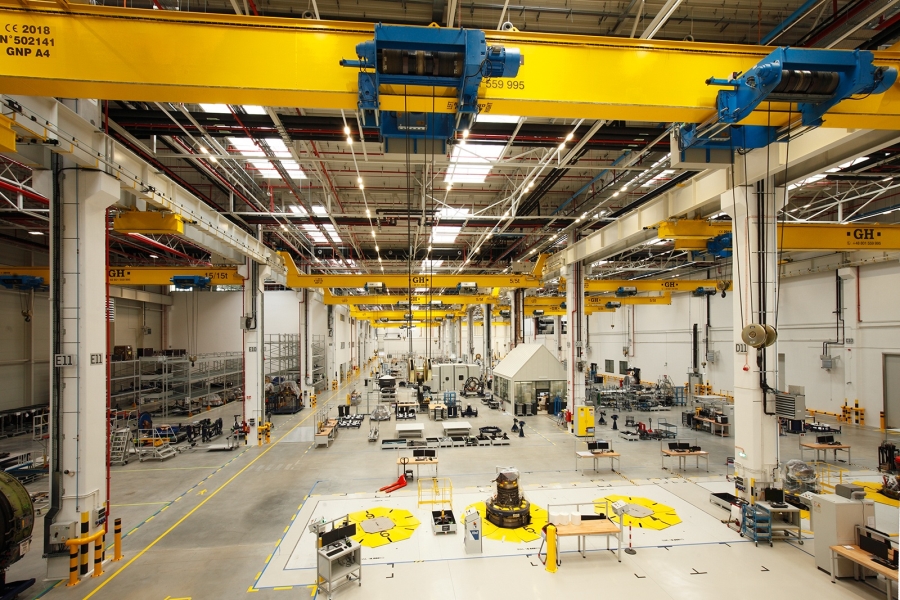 Inside view on the newly constructed plant. Photo: XEOS/ wroclaw.pl

The centre was built from scratch in just 16 months, in a field by the Wrocław-Środa Śląska road. On Monday, September heads of Lufthansa Technik and GE Aviation have inaugurated the plant in the presence of the Chancellery of the President of the Republic of Poland and the Polish government, Ambassador of the Federal Republic of Germany, US Consulate General in Krakow, and representatives of local government.

The construction, consisting of a service hall, social building and the surrounding infrastructure began in August 2017, and employees moved into the new facility at the beginning of December 2018. After several months of tests, the first commercial engine was accepted for repair in April 2019.

In 2019, a total of about 20 engines will be repaired here and after the plant reaches maturity in 2023, it will be able to take care of about 200 per year, calculates Thomas Böttger.

The plant will start with the GEnx-2B engine used by the Boeing 747-8. The second engine to be repaired will be GE9X used by the Boeing 777-X. These engines are manufactured by a joint venture partner - GE Aviation in Cincinnati, Ohio in the United States.

Both engines can be used for up to 30 years, and their mandatory inspections take place on average every 35,000. flight hours. And it is in the plant in Środa Śląska that such reviews will take place.

Ultimately, the plant will employ 600 persons. Currently, the XEOS team consists of 300 people: aircraft engineers, engineers, logistics and administration staff. The employees are from all over Poland and the world - in total 12 nationalities.

A large proportion are people who will be learning the industry from the beginning at the centre of XEOS. This enables them to do one and a half years of theoretical and practical training, conducted at the Training Centre in Wrocław Bielany and similar Lufthansa Technik and GE Aviation plants abroad - in Germany and Great Britain.

XEOS is a joint venture of two world leaders in the aviation market: Lufthansa Technik (51%) and GE Aviation (49%). In 2018, XEOS joined the ranks of the Lower Silesian Aviation Cluster (DKL) - the largest local organization associated with the aviation industry.

The Lufthansa Technik Group, which has more than 30 branches and employs over 25,000 people worldwide, is a leading provider of technical support solutions for the aviation industry. The Lufthansa Technik Group's portfolio includes a full spectrum of services for commercial aircrafts, including maintenance, repairs, inspections, modifications and adaptations of engines and components.