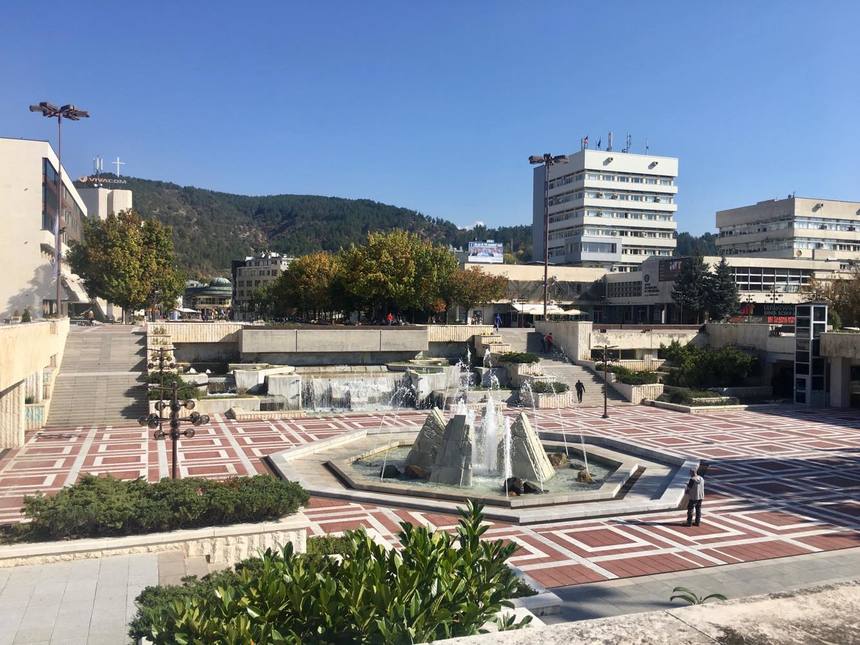 Blagoevgrad is almost the geographic centre of the Balkans - a region in which there are traces from civilized life since the earliest times.  There are several known prehistoric settlements from the 6th-5th millennium BC near the city.  In Antiquity, there were settlements, fortresses and necropolises inside the city and the surrounding villages.  In the Gradishte area, near the village of Drenkovo, archaeological research revealed a late antiquity building from the 4th-6th century with an architectural plan that is unique for the Bulgarian lands.  The site was restored, preserved and socialized as a place for cultural tourism. In the 3rd century AD, within the present day’s borders of the city and near the warm healing mineral springs, there was a Thracian settlement called Skaptopara. Not far from the settlement, a “famous fair” took place every year that lasted more than 15 days. Nobody paid taxes for what they sold during the fair. During the reign of Khan Krum, the valley gained military and strategic importance and was part of the plans of the Bulgarian tsars for territorial expansion to the west.  In the region around the city of today, a construction of fortresses that had military and security functions was started. The city was liberated from the Ottoman domination only after the Balkan War, on 5 October 1912. Trade and crafts were revived in the 1930s. Branches of several banks were opened. The livеlihood of the population remained the processing and production of tobacco. In 1986-1987, the city was significantly modernized. The new city centre was built, the Varosha Revival and Architectural Complex was restored, and new residential, cultural, industrial and economic buildings were constructed.

Blagoevgrad is situated on both sides of the Bistritsa River. Neofit Rilski South-West University and the American University in Bulgaria can be found here; they are becoming more involved in the cultural and social life of the city, thus making it known as the youngest university centre in Bulgaria.

Blagoevgrad Municipality is situated in close proximity to Greece and FYROM. It has modern transport connections and is rich in cultural and historical landmarks. With its natural beauty and healing mineral waters, it is known as a year-round tourist destination. Blagoevgrad has drawn up a project draft for the construction of a Single International Inter Expo Centre, which will serve as a hub for cross-border business activities. The goal is for entrepreneurs and companies from Bulgaria, Greece and FYROM not only to find partners, but also to exhibit their products and organize conferences. The project will create international business networks that will facilitate the flow of information on supply and demand of services and products across the borders, and will lead to an increase in business activities and to the opening of new jobs. The construction of an industrial park with a production area is planned, where companies with import and export activities at the port of Thessaloniki, Greece, as well as other Bulgarian and foreign production and logistics companies, will operate. 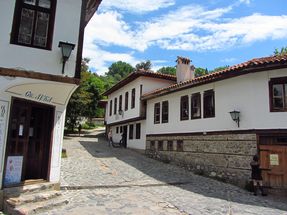 Varosha was established as a quarter of the Christian population of the city at the end of the 17th century.  These were the times when the Bulgarians from the surrounding villages, who were engaged in crafts and trade, moved to this place, built their small one-floor houses and lived in peace with the Turkish population. Here, the tourists can see the Dinev’s House, Moshtan’s House, Unchev’s House, Izmirliev’s House, etc. 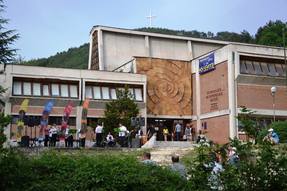 Above its entrance door, the Regional History Museum has a ceramic wall panel called The Spiral of Life. The broken up building of four levels has preserved under its roof a large mural fragment with the images of remarkable historical figures from the Pirin region. The museum hosts an exhibition showing the historical development of the south-west Bulgarian lands from the 7th millennium BC until the present day. There is also an exhibition documenting the struggle for national freedom of the population of the Pirin region.