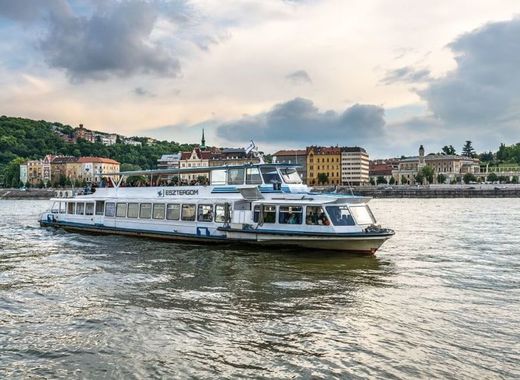 From Friday, the company’s cruise boats will sail twice a day between Esztergom and Zebegény, and once a day on the longer route Szentendre-Leányfalu-Tahitótfalu-Visegrád. The entire Circle Line operates on a hop-on, hop-off principle (the trip can be interrupted at any time, then resumed) and daily tickets cost HUF 500 (EUR 1,5) with optional HUF 200 bicycle fee.

The Circle Line allows passengers to get down at any time, explore the cities and villages along the route, hike, ride a bike, and then continue their trip with the next boat within the day for which the ticket is purchased.

According to Mahart’s CEO, nearly four thousand passengers who used the line over the last weekend attest to the popularity of the Danube Bend tour. To meet the demand, the company plans to commission a third ship on the route, as new tourists are expected, mainly from the historical Upper Hungary region of neighbouring Slovakia. Curiously, it was a natural disaster that inspired Mahart to  set up the circle cruise tour. When a rock and mud slide blocked the railway tracks and the road between Nagymaros and Zebegény in mid-June, passengers had to use replacement boats. Soon the temporary river line became a preferred choice of travel.

Dating back to times immemorial

The Danube Bend, one of the most picturesque landscapes in Hungary, is a U-shaped curve in the Danube River near the city of Visegrád. In his book “Danube Bend: Miocene Half-Caldera and Pleistocene Gorge” (Springer) Dávid Karátson sums up the scientific data on the Danube Bend’s origin.

According to the author, the present-day U-shaped loop was partly formed by the eruption of the 15 million years-old Keserűs Hill volcano which resulted in a horseshoe caldera. Later, in Pleistocene times, the Danube River cut into the volcanic rocks, removing the post-volcanic sedimentary cover to produce a breathtaking landscape. At present, exposed spectacular rock formations tower above Visegrád Gorge, part of the Danube-Ipoly National Park.