Kindergartens in the Municipality of Tervel are free of charge 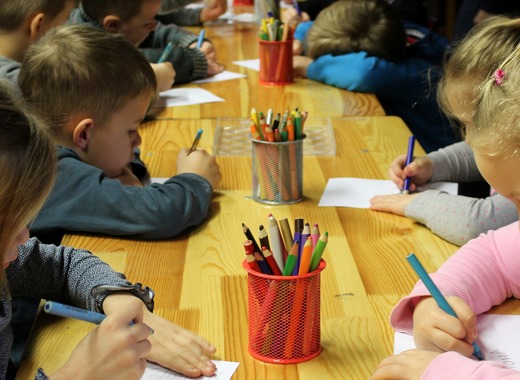 As the rest of the world, so did the Bulgarian municipality of Tervel start a non-standard and unusual school year. To the joy of the parents of the youngest, the mayor's office in Tervel informed that the kindergartens in the municipality will be free of charge during the new 2020/2021 school year.

In support and assistance of parents and children

The parents of 449 children - 4 per cent more than last year, will not pay fees for the twelve kindergartens located on the territory of the municipality. In addition, the families of 29 children attending the nursery in Tervel will be supported with funds from the municipal budget.

Children in kindergartens and nurseries traditionally receive breakfast, fruit or milk, lunch and afternoon snacks. In five of the kindergartens, food is prepared in the municipal centres for social services in the local villages.

There are kindergartens with separate kitchens, as well as those with a mother kitchen which provides food for two kindergartens. The nursery also counts with a dairy kitchen, which is currently used by 20 children raised at home.

Due to the small number of children and students in the schools and kindergartens of Tervel, the work of medical staff is guaranteed with a schedule. There will be a total of eight medical officers on duty.

At the “Little Prince” Personal Development Support Center, after the traditional two-month summer classes with children under the “Our Summer” program, employees are on a well-deserved leave in September, as the school year begins on 1 October. During the current school year, the municipal children's complex will retain all its schools and extra-curriculars, namely "Ballet Caprice", Vocal Studios Tervel, the School of Applied and Fine Arts, the Authentic Folklore and Ethnography Club, the School of Ceramics, the School of Natural Sciences and the School of Mathematical Sciences.