The Fighters Programme at the innovation hub Station F, addresses disadvantaged people lacking the means to launch a new company 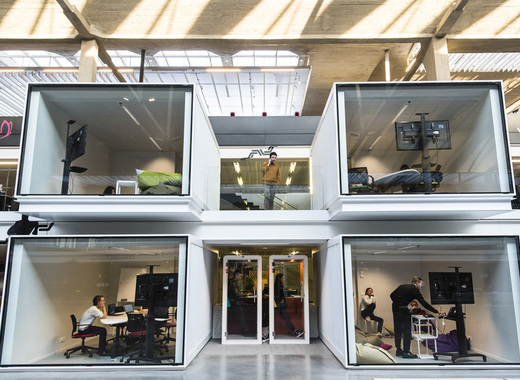 Turning an interesting idea into a lucrative business can prove to be a daunting challenge. This is particularly valid for a large and competitive city such as Paris. Renting an office and covering communities in the French capital will cost you an arm and a leg, not to mention the difficulties in getting access to the technology needed for success. With this in mind, the starting point of an entrepreneur is of utmost importance and this is something the founder of Station F is fully aware of.

Thinking of the economically and socially disadvantaged, the partners have created the best possible conditions so that those having good ideas and strong motivation would not be deterred by lack of means and initial insecurity. Through a special programme open to entrepreneurs who lack the funding to cover rent, Station F helps people from disadvantaged neighbourhoods, immigrants, refugees or people having suffered through difficult personal tragedies.

Thus, the programme provides free full-time office with access to a network of entrepreneurs for a period of one year to the selected participant. Coupled with access to meetings, workshops and access to utilities at reduced prices, Station F nourishes a favourable environment for start-ups to grow. Moreover, by working alongside important stakeholders, such as investment funds, digital grands like Amazon, Google, Apple and public services, the start-ups can get important feedback and inspiration from real success stories. With additional benefits such as access to 3D printers and lasers, Station F provides entrepreneurs with a place where all the necessary resources are right at their fingertips.

Launched in October 2017, the programme is looking for fighters, not graduates from prominent schools, according to Roxanne Varza, the director of Station F. Situated in a historical monument of 34 000 square metres reconverted in a campus, the hub now attracts thousands of members. The incubator was inaugurated in June 2018 in the presence of President Emmanuel Macron and the Mayor of Paris Anne Hidalgo and is considered the biggest start-up campus worldwide. Established and financed entirely by Xavier Niel, founder of Free, the project has been elaborated in partnership with the City of Paris.

You can find out more about the Fighters programme and the admission requirements  at the Station F website.