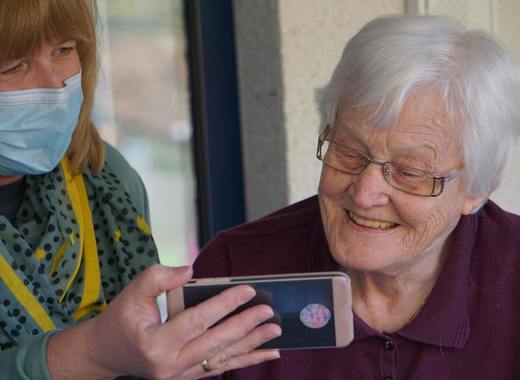 From October 1, indoor visits will once again be possible at the elderly care homes in Sweden, Health Minister Lena Hallengren announced at a press briefing yesterday. Radio Sweden quoted the Minister as saying that the country is in a better position now than where it was back in the spring: the number of daily Covid-19 infections is going down and care homes have taken extra protective measures.

This means that family and friends can now visit the elderly safely, Hallengren added. She cautioned that if new outbreaks occur in the state-funded care homes, localized bans on visits could be imposed.

The government banned all elderly care home visits on 31 March amid reports of serious safety breaches: shortage or delay of protective clothing and staff going to work despite showing symptoms of Covid-19. Regional healthcare authorities have also come under criticism for cumbersome protocols which, as care home workers claim, discourage them from sending residents to hospital, and prevent them from administering oxygen without a doctor's prior approval.

In July, the ban on care home visits was extended with exceptions in place, allowing meetings to be arranged outdoors and at a safe distance of two metres.

Too late for remorse

Elderly people have been hardest hit by the pandemic, and packed care homes have become hotspots around the world, but Sweden’s situation is unique as the country has steered clear of a full lockdown. Summing up its nationwide inspections, the Health and Social Care Inspectorate concluded that 48,9 percent of Sweden's Covid-19 deaths in the first six months of 2020 were recorded in care homes for the elderly. The Inspectorate said it had found serious failings in 91 homes with respect to providing the right care for residents.

State epidemiologist Anders Tegnell, the architect of Sweden’s soft-touch coronavirus strategy, recently admitted cracks in the approach to the pandemic, particularly regarding the protection of the elderly, and said that the high number of deaths in the country (5851 so far) could have been avoided.