The European Elections are coming! Where are we now?

Welcome to the first part of our guide to the upcoming European Elections. If you’ve been wondering who’s who and where they stand in the next European elections – this is the place for you. 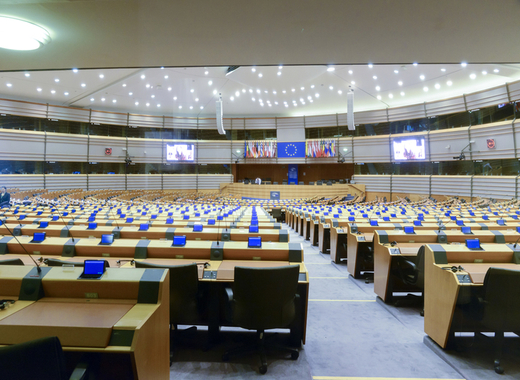 If you haven’t been living under a rock for the past couple of months, you might have noticed that the next European Elections loom on the horizon. Be it by your social media feeds or by the (surprisingly) effective media blitz performed by the European institutions, news of the upcoming political upheaval on a continent-wide scale have probably been delivered to your doorstep. For the first time in the history of the European Union, the election debate is going to focus not only on national issues, but on the future of Europe as well.

The first punches in the fight for the “soul of Europe” have already been thrown. Battle lines have been drawn and political camps have been established. The surge of euroscepticism and nationalism that we have witnessed over the past couple of years has for the most part shaped the debate that will determine the future of the European Union. Despite the apparent failures of Brexit and despite the rising support for the EU as a whole (according to the newest Eurobarometer survey), far right anti-EU populists are expected to make great gains in the aftermath of the elections. On the other hand, we are also seeing a rise in support for centrist, heavily pro-EU parties in some countries, such as Spain’s Ciudadanos (Citizens) or France’s La Republique en Marche!. Meanwhile, in the background, traditional center-right and center-left forces are taking huge hits to their popularity and electoral prospects.

If you’re a bit confused as to who’s who in the next European elections or just want to know a bit more about what’s going on in the grand scheme of things 2 months ahead of election day, look no further, we’ve got you covered.

First off we have the European Peoples’ Party (EPP) – the center-right monolith of European politics for the last 70 years. They are currently the biggest party in the European Parliament (221 MEPs) and are expected to hold that position after the elections, despite losing around 43 of their seats, according to the Poll of Polls on European Elections. The rise of far-right conservative parties across Europe has certainly hit the EPP hard as member-parties have been struggling to keep their electorates intact. As if that was not enough, an in-house scandal has been brewing for months and has recently reached its peak. A clash between Hungarian prime-minister Viktor Orban and the liberal wing within the EPP resulted in a temporary suspension of his party.

Up next there’s the Progressive Alliance of Socialists and Democrats (S&D). If you thought the EPP has had a bad run, just take a look at the center-left parties in Europe – or what’s left of them. It’s been a really tough couple of years for the Social Democrats – decimated in France, relegated to a 3rd position in Germany, watching from the shadows in Italy. Once the strongest social-democratic parties in all of Europe, they have been abandoned by their voters for alternatives ranging from the far-right to the far-left. Not only that, but as a consequence of Brexit, S&D is about to lose all of their Labour MEPs. All in all, the socialists and democrats are about to lose more than a quarter of their current seats – around 53 out of their current 191. But all is not lost – there are a couple of rising stars within the center-left’s ranks and both of them are ex-mayors from Eastern European countries. Causing shockwaves in Polish politics is Slupsk’s ex-mayor Robert Biedron, who launched his own pro-EU center left party “Spring” in February. Meanwhile in Latvia, Riga’s incumbent and former mayors, members of the country’s largest party, Nils Ušakovs and Andris Ameriks have declared their intent to contest the European Parliament elections.

Projected to be the third biggest party in the next European Parliament is the Alliance of Liberals and Democrats of Europe (ALDE). Unlike our last two entries, the liberals are about to gain seats instead of losing them – they are projected to increase their share from 67 to 95. But that of course is conditional. ALDE’s future success greatly depends on its tenuous alliance with French president Emmanuel Macron. Their brief love affair has been, to put it mildly, quite rocky. Conflicts ranging from the name of ALDE (containing the word “Liberal” which is frowned upon in France), to issues with individual member parties which often do not fit into the group’s heavily pro-European narrative have soured their relationship. There has even been some speculation that in a post-election world, ALDE might not even exist in its current state.

Up next is the trio of eurosceptic right-wing parties – the European Conservatives and Reformists (ECR), Europe of Nations and Freedom (ENF) and Europe of Freedom and Direct Democracy (EFDD). While the possibilities of a merger remain, they are still quite low. International alliances between nationalists are often very hard to form and even harder to make work. The ECR has so far been the biggest of the groups, controlling 70 seats. But with the departure of the United Kingdom, they are set to lose their biggest member – the Conservative Party and are currently projected to win only 60 seats. Europe of Nations and Freedom on the other hand, is about to almost double their MEPs. Thanks to the great success of Italy’s Lega Nord (Northern League), they will have far more influence in the next parliament. Last, and probably least, Europe of Freedom and Direct Democracy will be lucky to even survive the elections. Their main member and leader so far has been the United Kingdom Independence Party which, as the name suggests, achieved its primary goal – independence from the EU and is set to leave. EFDD is projected to be left with 15 MEPs, down 27 from the last election, according to Politico.eu’s poll aggregating service.

Finally, there are the smaller, left-wing parties. The Greens/ European Free Alliance is a mix of green, pro environment parties, separatists and parties representing minorities in different countries. Despite their solid gains in Germany and Austria, they are expected to lose 8 of their 50 MEPs – some due to Brexit, others due to crackdowns on separatist movements. European United Left/Nordic Green Left is the radical left party in the European Parliament. Like everyone else on the left of the center, or in this case far off it, they too are expected to suffer some losses bringing their total number of MEPs to 49 down from their current 52.

Now that we have a vague idea of who’s who in the European Elections, all that’s left is to try and figure out what might happen next. Luckily, you’ll be able to learn this in the next part of our rundown. Stay tuned.