Authorities will yet again redesign the country’s widest bike path 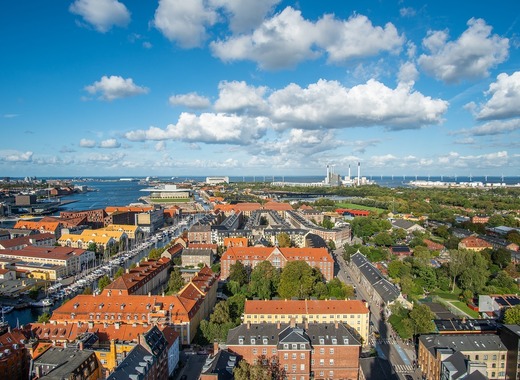 Copenhagen boasts Denmark’s widest bike path – running through Dybbølsbro and moving in the direction of the shopping centre Fisketorvet. The trek was inaugurated last year but has faced a tumultuous opening year as local authorities have been swarmed with a wide range of complaints regarding its layout.

After the latest batch of public pressure, authorities have once again bowed down to public demand and have declared that they will begin consultations with local cycling associations on the subject of what can be done to enhance and improve the cycling experience. The change in course was announced by Copenhagen’s mayor for technology and environment, Ninna Hedeager Olsen.

The main problem area according to citizens is the lack of clear markings on the path. Many cyclists were left confused and befuddled by the ones at the junction between Skelbækgade and Ingerslevsgade. That specific issue attracted over 75 complaints and it is more than apparent that there is an urgent need for it to be quickly resolved.

After the bike path was first inaugurated, Copenhagen municipality was quick to respond to public criticism and introduced several changes – including painting the cycling lanes blue, improving signage in the area and further tweaking pedestrian signals on the road.

Boasting adequate and accessible cycling infrastructure has become even more of a priority during the ongoing coronavirus pandemic. Authorities around the world are asking those citizens who can work from home to do so, and those that must leave in order to get to work to not use public transport. Meanwhile, municipalities in Denmark are increasingly turning to their development as a measure to combat the economic downturn, thus contributing not only to the health of locals but also of the economy.

In turn, citizens have started using their own bicycles more and more. Yet safe and efficient cycling required the proper infrastructure to already have been set up by the responsible local, regional and national authorities.