A new EGTC between French and Spanish regions is announced 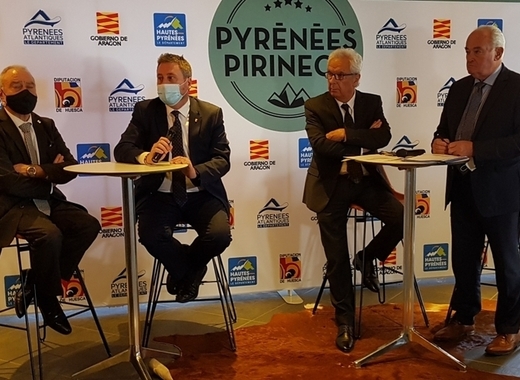 The first assembly of a new European Grouping of Territorial Cooperation (EGTC) was held today in the French town of Saint Lary on the occasion of the establishment of the new administrative organ. The EGTC is called Pirineos-Pyrénées, after the respective names (in Spanish and French) of the mountainous chain straddling the Franco-Spanish border.

In reality, the new bi-lateral administration is an extension and merger of previously existing EGTC: Huesca Pirineos – Hautes Pyrénées, Espacio Portalet and the Bielsa-Aragnouet Tunnel Consortium. The first President of the new EGTC will be Michel Pelieu.

The first such transborder regional cooperation groupings were formed in 2008 using the EU Council Regulation 1082/2006 as their basis for existence. Their competence of authority is decided between the member administrations but cannot include police, judicial or foreign powers.

In the current case, the new grouping will have to devise a common strategy for the region of the Central Pyrenees. Its founding regional authorities are the Government of Aragon and the Province of Huesca (on the Spanish side) and the Departments of Hautes Pyrénées and Pyrénées- Atlántiques (on the French side).

Among the areas which will be under the EGTC jurisdiction will be: trans-border infrastructures and mobility, such as the construction and maintenance of mountain passes and tunnels; tourism, with a view to promoting all of the Pyrenees as a single destination on the global market; territorial development of rural areas; management of innovation and climate, economic and social transitions.

“This strategy will serve to tackle more ambitious development projects at European level, to optimize resources and helps us be more operational," said José Luis Soro, Minister of Territorial Planning in the Government of Aragon.

He added that the body will serve as “a tool for mutual development, the improvement of economic, social and territorial cohesion of the cross-border space, that will help us to erase borders and demonstrate the neighbourhood and closeness that unites us to achieve common objectives”.

The Pirineos-Pyrénées EGTC will have a Presidency which will rotate every two years, four Vice-Presidencies and an Assembly with representatives with each of the regions involved.

After the first Assembly, as if to underscore the success of the initiative, the representatives inaugurated the new Ayguessau de Saint Lary bridge - an important link for Trans-Pyrenees mobility which was 65% financed with European funds.