Did you know that Denmark has more than 400 islands? 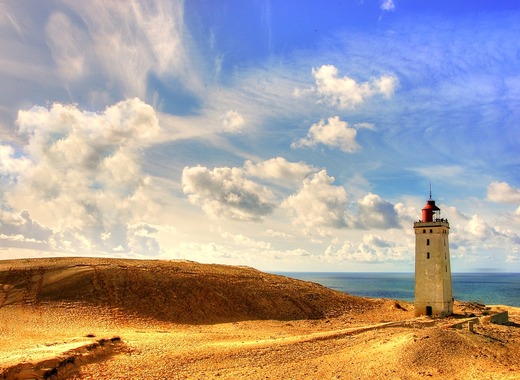 Denmark has 7,314 kilometres of coastline and is home to 406 islands. The beautiful islands are scattered in the Kattegat Sea and the Baltic Sea, but only 72 are inhabited.

The biggest Danish island is Zealand. Almost half of the population of Denmark lives on Zealand and there is located the capital of the country Copenhagen. The North Jutlandic Island and Fynen are the second and third largest island in Denmark.

The 406 islands offer diverse landscapes and each one has its own atmosphere and unique character. It’s very common to see vast forests and sandy beaches, endless dunes and cliff areas on the same island.

For example, island lovers can run across the stunning Stevens Klint, a 15-kilometre long chalk cliff located on the southeast of Zealand, that proves the impact of the Chicxulub meteorite on our planet at the end of the Cretaceous Period 67 million years ago. According to scientists the meteorite destroyed 50% of all life on Earth. In 2014 the location was listed as a UNESCO World Heritage Site.

Apart from being famous tourist attractions, the Danish islands are also known for being agriculture and farming centres. Lolland, the fourth largest island, hosts one of the largest organic farms in Denmark producing both meat and vegetables. Fynen, on its part, is famous as “The green island of Denmark” because it is the country’s agricultural heartland as well as a place where extensive pig and cattle breeding takes place.

These are only a few impressive examples of why the spectacular islands of Denmark must be included in your list of must-visit destinations. Find out more in our Tourism section.