“Fondi is a city rich in artistic and archaeological beauties whose history originates well before Rome.” 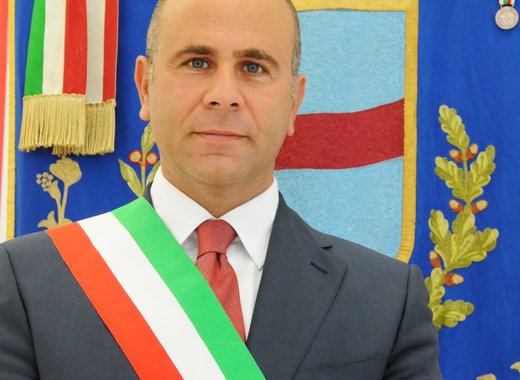 Salvatore De Meo was born on 27 October 1971 in Fondi. He graduated in Law.

In 2009 he was elected Provincial Councilor of Latina. De Meo was elected Mayor of Fondi in 2010. In the provincial elections in October 2014 he was re-elected as Councilor.

In 2014 he was chosen as National Councilor of ANCI (National Association of Italian Municipalities) and also as ANCI Regional Vice President. He is the first administrator of Fondi to hold these positions. He was reappointed for the office of Mayor of Fondi for a five-year period between 2015 and 2020.

How would you describe Fondi to someone who has never been to the city?

Fondi is a city rich in artistic and archaeological beauties whose history originates well before Rome. In its historic center, tourists can cross the Appio Claudio course, which corresponds to the ancient Via Appia, discover megalithic walls, reticulates of the Roman era and the charming district of Judea, home to a Jewish settlement in Fondi before the 'advent of Christianity, and there visit the new Jewish Museum.

Numerous and valuable are the historic buildings, built in various eras, including the Castle and the Palazzo Caetani, the Churches of St. Pietro and St. Maria, the Convent of St. Domenico, the Monastery of San Magno with its frescoes of the twelfth century that retrace the life of St. Benedict. The plain of Fondi is very rich in water, as evidenced by the presence of over twenty springs and three lakes: the Long lake, the St. Puoto lake and the lake of Fondi, which is the largest of the coastal lakes of Lazio.

We also have a sandy coastline of about 13 km, washed by the Tyrrhenian Sea, served by numerous outdoor accommodation facilities and hotels, located between the dune and the vast pine forests and eucalyptus forests.

The history of Fondi is also linked to people of undoubted importance: among many is the noblewoman Livia, wife of the Roman emperor Ottaviano Augusto; the twelfth Pope of Christianity San Sotero; the antipope Clement VII, protagonist in 1378 of the Western Schism; the Renaissance Countess Giulia Gonzaga.

The city has also given birth to some of the most significant intellectuals and artists of the '900 as the poet and writer Libero de Libero, the director Giuseppe De Santis and his brother Pasqualino Oscar winner for cinematographic photography, the painter Domenico Purificato, the Slavist Dan Danino of Sarra.

Fondi is home to an important market for agriculture and food products that distributes millions of tons of products each year. Apart from the agricultural sector, what else is the economy of the municipality based on?

The agri-food vocation of the Fondi plain has allowed the development of a considerable number of products that revolves around the MOF, one of the biggest agro-food centers in Europe. Consequently, transport and packaging companies were created and the role of commercial mediation developed. An expanding sector is tourism: in recent years the receptivity - between new hotel facilities and B&B - and the restaurants have grown a lot, as new bathing facilities have arisen thanks to the state property concessions derived from the approval of the Beach Plan.

There are numerous activities in the Environment and Viability sectors of the Municipality of Fondi. Could you tell in more details?

In the summer of 2016, the Environment sector saw the activation of the "door to door" collection service, which is now a consolidated reality, having already reached more than 80% for several months thanks to the commitment of citizens and careful communication campaigns. In this period Fondi has made great strides in the consolidation of a new environmental culture and in the protection of the territory.

We have also activated in the city center underground ecological islands, which can be opened with an electronic key by the owners of the production activities and equipped with video surveillance systems. Meetings were also organized with the citizens and with the foreign communities in order to deepen the rules for the conferment of waste in the context of separate waste collection and promoted "Ecological Days" with neighborhood Committees. With regard to the Viability, a reorganization of the existing one was carried out and, in parallel, the planning of a new road system with a view to relieving the urban center to contribute to a better quality of life.

Other good practices of your municipality? How do you finance them?

Thanks to an excellent planning work on urban regeneration, the Municipality of Fondi was the recipient in 2012 of European funds POR-FESR for an amount of around €9 million. In the following years, this financing enabled significant projects to be carried out in two populated neighborhoods with infrastructural and environmental redevelopment works, such as new roads, sidewalks, public lighting, parking lots, green areas and a new school.

Contributions to small and medium-sized enterprises were also provided for the renewal of their business activities and possible internships in companies with job grants. This example demonstrates how relevant infrastructural interventions can only be achieved thanks to community resources. I would also like to underline how the municipal administration in my leadership has focused a lot on enhancing culture, making synergies with local associations and contributing to the organization of important initiatives, financed with municipal budget resources, regional contributions and the support of private sponsors.

What are the main objectives and good examples you are planning to develop?

The implementation of the Plan for mobility and accessibility serving tourist use is allowing the creation of access to the coastal strip to allow greater use of our coastline. We are also proceeding to the definition and urban redevelopment of the suburbs to create public spaces in order to better integrate the peripheral areas to the rest of the city.

Do you think that there is a problem with access to and acquisition of information among European citizens when they try to update their information about the implementation of European policies?

The results of the Eurobarometer show that a large percentage of European citizens feel a detachment from the EU, which derives from a lack of knowledge of Community policies. This is due both to the complexity of the regulations and the Community institutions and to a lack of information on the part of the institutions, which do not adequately promote the knowledge of the Union and the activities it carries out.

It is therefore necessary that the European project be made more and more "visible" and understandable. The Municipality of Fondi has been active for years in the organization of the "Project Europe" for students of Higher Institutes, which provides training courses and internships in Brussels, Strasbourg and Ventotene. These initiatives represent a great opportunity for growth for our students, contributing to a more aware formation of the concept of European citizenship, and confirm the strategic importance of local institutions to broaden the horizons of young people.

What do you think about a unified platform for European Municipalities with the main objective of making and keeping European citizens better informed about what is happening in the European Union? How TheMayor.EU could be useful to you and the citizens of Fondi?

I am, of course, in favor of creating a platform that can serve as a useful tool both for citizens and for the mayors and all the administrators of local authorities so that it can be a useful support for the development of projects, for access to European funding, digital communication, creation of databases and also for sharing administrative experiences.

To find out more about Fondi, visit the profile of the municipality.