Parking, libraries, social services and restrictions on gatherings were discussed at an extraordinary meeting of the City Council 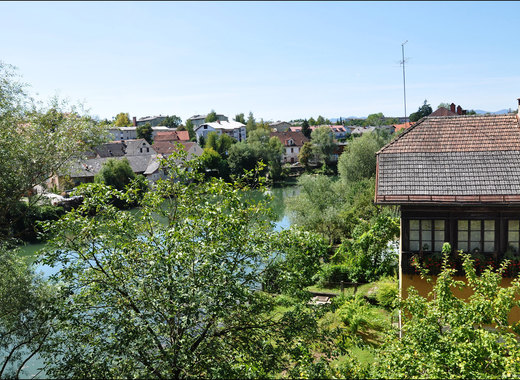 With the coronavirus pandemic growing more and more threatening, local authorities around Europe have been fast-tracking new measures in order to ensure the safety of their citizens. At an extraordinary City Council meeting held on Friday, the local representatives in Novo Mesto approved new measures aimed at safeguarding the city’s population.

A slate of measures

As of Friday 20 March, the Ministry of the Interior of Slovenia announced a ban on gatherings in public places and the free movement of people on the streets of the country’s cities and towns. The only ones exempt from this rule are government employees who perform vital tasks, persons who are on their way to work or are in need of medical or food supplies as well as medical personnel.

With people not being allowed to leave and forced to stay at home, the municipality of Novo Mesto announced that access to the city’s libraries will be free of charge. Online enrolment in the institution can be done on its website, where citizens can access hundreds of books and international newspapers entirely for free.

Personal visits to the library are, of course, not advised and prohibited.

Parking fees have been lifted after a decree signed by the mayor of Novo Mesto Gregor Macedoni came into force. All cars parked in municipally and publicly owned parking spaces will be allowed to remain where they are, free of charge.

Authorities hope that this will allow citizens to remain at ease and not rush to move their vehicles, knowing that they are not accumulating horrendous fees that will have to eventually be paid.

The municipality has also entered into a partnership with several social and humanitarian organisations that will provide psychological support to those in need over the phone. If you’re in need of a conversation partner don’t be ashamed to give them a call. You can find the relevant numbers at the municipality’s website.

By fast-tracking many decisions, authorities in Novo Mesto are acting according to the needs of their population and are acting in a responsible manner that will certainly serve as an inspiration to others.