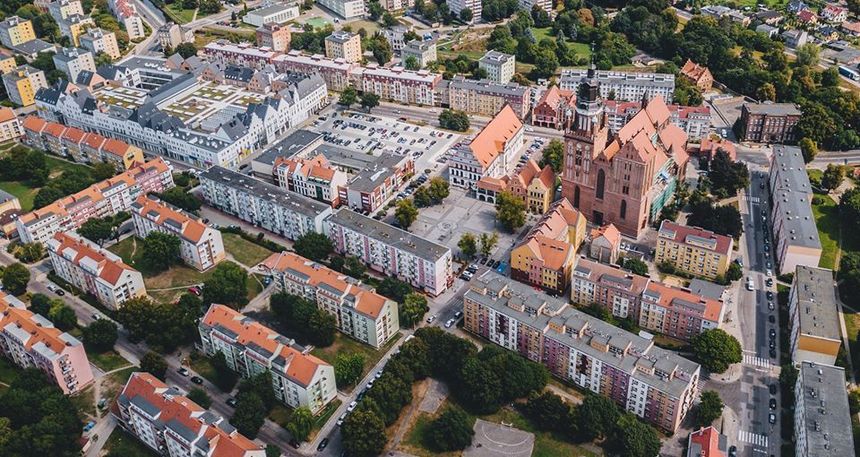 The first mention of Stargard dates back to the 12th century, from the time of Christianization of Pomerania. The city's development accelerated as a result of the settling of the Order of St. John (1186) and Augustinian (1199).

The town rose to prominence as a major and important trade centre in the Duchy of Pomerania, after the 12th-century fragmentation of Poland. At the end of the 13th century Stargard acquired land at the Ina estuary and built its own shipping port.

In 1372 a congress of Wallachian decided to split up the principality. Stargard was given to the Duchy of Słupsk. From his sovereign Bogusław VIII, Stargard obtained judiciary autonomy and practically became an independent self-government – a kind of a city-republic (1409).

The 14th and 15th centuries were the periods of greatest splendour of Stargard, despite a decade-long trade war with Szczecin (1454-1464).

Stargard belonged to the Duchy of Pomerania until its dissolution upon the death of duke Bogislaw XIV in 1637. During the Thirty Years' War the city was captured by Sweden in 1630 and was burnt down in 1635 leaving only a few buildings.

In accordance with the 1648 Peace of Westphalia, Stargard incorporated into Brandenburg-Prussia in 1653. In 1701 Stargard became part of the Kingdom of Prussia and in 1818, after the Napoleonic Wars, joined the new district Saatzig within the Province of Pomerania. That changed decades later, when in 1901 it was granted the status of an independent city.

Thanks to the construction of railway connections in 1846-1895 and the progressing industrialization, the potential of Stargard and its wealth increased. In the nineteenth and early twentieth century, the city expanded beyond its fortifications for good.

During WWII Stargard saw the construction of a major prisoner-of-war camp - Stalag II-D near its confines. The locals were evacuated by German authorities towards the end of the war, before the approaching Soviet army.

On 5 March 1945 Stargard entered into a new period of its history, as part of Poland following the territorial changes as a result of the Potsdam conference. Living and working in the first post-war years on the so-called Recovered Territories required courage. However, in the latest decades, the city not only rose from debris but developed, almost doubling its pre-war population. In the years 1950–2015 the city was named Stargard Szczeciński.

Stargard is the third-largest city in the Westpomerania region. It is located 40 km from Szczecin, 180 km from Berlin and 120 km from the ferry terminal in Świnoujście.

Central city to the Stargard county, the city has a population of more than 68,000 inhabitants and an area of 48.1 km2

Stargard is the region's third largest city in terms of population and economic potential. Its advantage lies in the accessibility to transport in the region, connecting with Warsaw, Gdańsk and other main cities through the No. 10 and No. 20 roads as well as various important railway junctions. 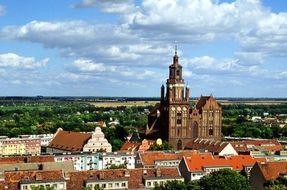 Among the most valuable local monuments is the church complex of Blessed Virgin Mary, Queen of the World and the medieval defensive walls of the city. The latter was recognized as a Monument of History by the President of Poland.

The city's surroundings are the Pyrzycko-Stargardzka Plain abounding in lakes, including the fifth largest lake in Poland - Miedwie. To the west of Stargard, there is a large forest area of ​​the Goleniowska Forest, and a little further to the east Ińsko Landscape Park abounding in woods and lakes.