As part of a common project with six other EU cities 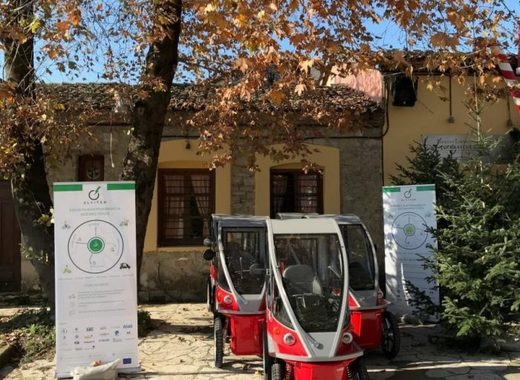 The city of Trikala continues to be one of the most innovative in Greece and one of the very few European cities to offer electric vehicles for public use. After the introduction of driverless buses, Trikala Municipality announced that soon it will provide brand new electric vehicles, manufactured as part of the European Union’s ”Elviten Project.”

The Elviten Project, which aims to promote sustainability in European cities, has a vision of providing small, user-friendly electrified vehicles which could be used for internal city transportation. The project is financed by the “Horizon 2020” programme. It involves six European cities: Trikala, Berlin, Rome, Bari, Genoa and Malaga.

Three of the vehicles will be stationed at the central square of Trikala and three at the city’s Matsopoulos Park. Every resident or guest of the Greek city can take and use them, simply by showing their ID and a driving license for a motorbike. The vehicles are insured, and they have an autonomous range of about 80 kilometres and a top speed of about 35 km/hour. The vehicles will stay in Trikala for at least one year, and the local authorities are in high hopes that the project will be successful.