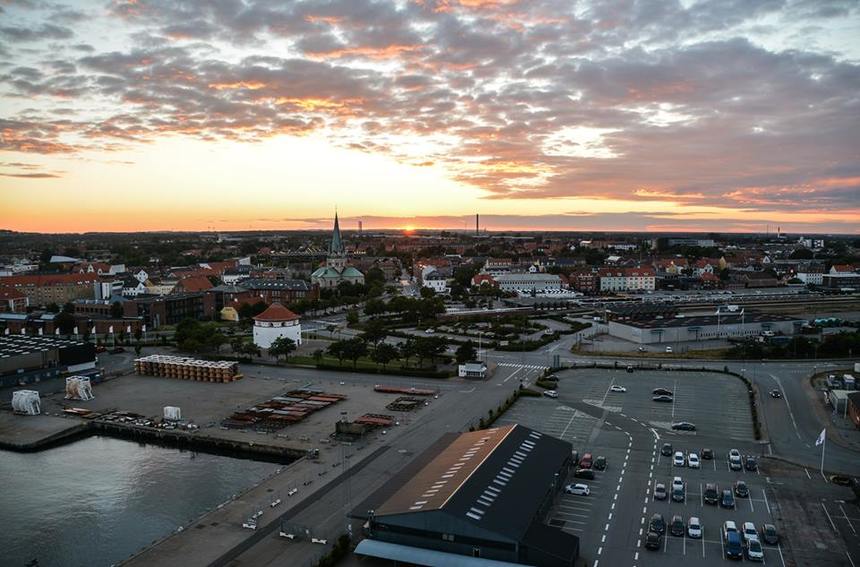 Initially Frederikshavn was named Fladstrand meaning Flat beach due to its location in Flade parish. The first mention of a settlement, dated 13 March 1572, was found in the Danish chancery letterbooks. It was a fishing village, crossing point to Norway and trading place. Between 1686 and 1690 the old Fladstrand church was built.

During the Great Nordic War (1700-1721) the town saw a rise in activity as travelers to Norway embarked from here as the route through Sweden was cut. In 1733 a royal maritime pilot was stationed at the town after King Christian VI was forced to stay in the town due to bad weather on his journey to Norway.

Due to its advantageous proximity to the Baltic Sea, Frederikshavn has historically been a naval base of key importance. In 1627 under Kejserkrigen, Melchior von Hatzfeldt troops built a sconce north of the fishing village, known as Nordre Skanse. After the war it was manned by Danish troops. In 1675 the fortification was expanded with a sconce south of the harbor. In the period 1686-87 the fortification was expanded again with a heavy tower, a wall and a port.  It was described as a citadel. The tower is known as Krudttårnet. In 1891 the wall and port were demolished, but the tower has been preserved. Today, the Krudttårnet is part of the coat-of-arms of the municipality.  In 1735, fifty Danish men were stationed at the fortress. From the middle of the 18th century the military importance of the citadel was dwindling and some of the fortifications and buildings were disposed of. The citadel existed until 1864.

Denmark’s downfall in the war had a great impact for Fladstrand. The military left and the town's largest source of income was gone. The general economic crisis in Denmark worsened the situation. The town did not have market town status, but trade, craft and other activities exclusive to market towns went on illegally in Fladstrand for several decades. The majority of the inhabitants had livelihoods based on crafts, services and trade, not production. This was used by the harbor directorate as an argument for giving Fladstrand market town status. On 25 September 1818 Frederik VI bestowed it a market town status under the name of Frederikshavn.

Frederikshavn is a town and municipality in northern Denmark. It is located in the Nordjylland Region on the northeast coast of the Jutland peninsula. Its name means "Frederik's harbor". The population of the Municipality is around 60,000. It is an important traffic portal with its ferry connections to Gothenburg, Sweden and Oslo, Norway.

The municipality's senior management is handled by an Executive Board of four members. The municipality is organized into 16 administratives centres.

Frederikshavn, like the rest of North Jutland, was hit by high unemployment rate. The largest workplace in the town, the shipyard Danyard, closed in the late 1990s. This resulted in more than 2,000 unemployed workers. Today there is still activity at the large ship building zone, as many small companies rent space there.

As with many provincial municipalities, some of its young people leave to large urban cities. However, the municipality is currently engaged in many innovative projects which are attracting tourists with the aim to keep people in their hometown.

Frederikshavn is currently beginning a transition to make it the first medium-sized city/large town in the world to rely exclusively on renewable energy resources for power, including transportation and cars. The process is expected to be completed by 2030. 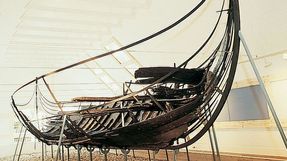 The manor house of Bangsbo was transformed into a museum. Here you can see permanent exhibitions on Frederikshavn and World War II.