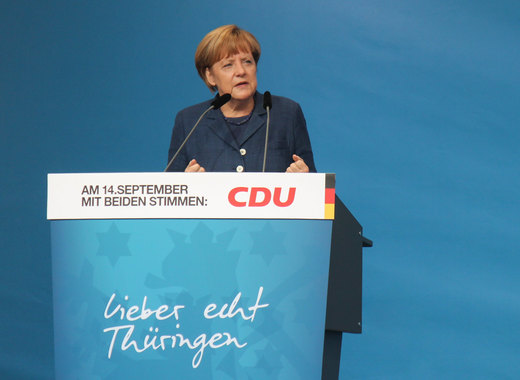 Over the past few months, Germany held two state elections that might prove pivotal to its future – one in the eastern region of Thuringia, part of the former German Democratic Republic and one in Hamburg, one of the country’s richest regions, located to the west.

The results of the votes themselves were expected, yet their aftermath and its magnitude will take centre-stage of German domestic politics at least up until the next federal elections in 2021.

A play in two acts – the Prologue

It is no secret that the German political landscape has been in crisis since the last federal elections a few years ago. The governing Grand Coalition (otherwise known as GroKo) between Angela Merkel’s Christian Democrats (CDU) and the German Social Democratic Party (SDP) has been placed under unprecedented strain due to the rise of the far-right Alternative for Germany (AFD), the increasing prominence of environmental issues which has led to a surge of support for the Greens and inordinate amounts of external pressure on a wide range of subjects.

It wouldn’t be an overstatement to say that it’s been a rocky couple of years for Chancellor Merkel in the twilight of her career. Yet neither of the two partners making up the government is willing to pull the plug on the obviously struggling arrangement – thus, they have been forced to fight their battles and measure their strength far away from Berlin and in Germany’s regions.

Act one – Trouble in Thuringia

In October 2019, citizens of the eastern state went to the polls to elect their regional government. Yet elections in Thuringia are no ordinary elections – and neither were their results. Unlike in most other places around the country, neither of the two mainstream parties – the CDU and the SPD, made it into the top two.

Instead, the most popular party in the region was the far-left Die Linke (The Left) with 31% of the vote, followed by the far-right AFD with 23.4%. The vote share of the Alternative of Germany had nearly doubled since the last election and made finding a majority a far more tumultuous task.

Yet no one could expect the end result of the talks. Just last month, the regional parliament of Thuringia went in to select its Minister-President. After previous negotiations had failed in finding a majority for the candidate of Die Linke, left-leaning parties were ready to support a minority government, should the opportunity present itself – yet that’s not how things went down.

Instead, in the third round of voting in the state parliament, the leader of the local branch of the liberal and pro-business Free Democratic Party (FDP), Thomas Kemmerich, threw his hat into the ring. His party had barely managed to scrape by and get into the state legislature – surpassing the 5% threshold by only 76 votes – yet he managed to win.

During the third round of the secret vote, representatives of the CDU, the FDP and the far-right AFD had all supported the liberal candidate, granting him a plurality and making him the first regional Minister-President in Germany to be elected with the support of the far-right since World War 2.

The response to this event was quick and brutal. Chairman of the CDU Annegret Kramp-Karrenbauer denounced the decision by the local branch to work with the far-right and called for snap elections. Quickly after, even Angela Merkel made a statement on the state of play in Thuringia and called for all cooperation with the AFD to cease.

Meanwhile, in the ranks of the liberal FDP, turmoil immediately started brewing. Party members and liberal politicians from across Germany were appalled at what had transpired and called on their colleague to immediately resign. And he did- just a couple of days after he was sworn in and Thuringia is once again on the path towards elections.

Yet what does that mean for the state of German politics? The Thuringia debacle highlighted a few main things:

In the aftermath of the scandal, things got from bad to worse for the CDU. The heir-presumptive of Angela Merkel, Annegret Kramp-Karrenbauer was forced to resign from her post as chairman of the Christian Democrats and announced that she will not run for leadership, once more opening up the debate as to who will succeed the chancellor.

Furthermore, the Christian Democrats have once again been forced to consider one of their most pressing issues - answering the question of who is considerate an appropriate governing partner. With some fringe voices suggesting that maybe partnering up with the far-right might not be such a bad idea, while others are stating that the far-left (especially in Thuringia where it is far more moderate than in other places) should maybe no longer be subjected to a cordon sanitaire, such discussions will prove pivotal to the future of the party.

Wherever these debates lead, Thuringia is still heading for a snap state election and mainstream parties are worse off for it.

For the past few years of German politics, no news is good news – and that’s what we got in Hamburg – for the most part, at least. Nothing changed significantly following the state parliament election – the SPD managed to secure a comfortable victory – their first one in years, the Greens rose drastically in the polls and the two will most likely continue their fruitful partnership for yet another mandate.

What did change, however, was voter predisposition to parties in the aftermath of the state election in Thuringia. Every political group involved in the election of Thomas Kemmerich in the eastern German state was punished by citizens of Hamburg.

The CDU dropped to its lowest ever support in the city, the FDP lost a third of their total vote, securing just a single seat in the parliament (down from 9) and the AFD marked its first-ever drop in electoral support in a German election. All three of these parties were complicit according to voters – and all of them got hammered on voting day.

Yet while what happened in Hamburg might be considered a good outcome it yet again highlights the stark divide between Germany’s East and West. The inequality between the country’s two parts has resulted in vastly different voter intentions with the most downtrodden parts increasingly turning to radical parties for solutions

With the leadership of the country (and some of its regions) yet again in doubt, whoever inherits the throne of Angela Merkel will have a tumultuous task ahead of them – to fix something that has been broken for a very long time and unite a country that sinks deeper into division.