The first evidences in the area where the ancient municipality of Acharnes was developed dates back in the Neolithic years.

The habitation of the area during the Post-Roman and Byzantine perios is supplemented by big country-houses. The importance of region from a military point of view declares also the abundance of fortifications in the hills around Acharnes.

The habitation of Acharnes continued during the folloing years. The continuity of habitation in the area until the newer years is confirmed by the creation of numerous temples of Acharnes and Parnitha which are dated back in the Byzantine and post Byzantine years. During Ottoman domination Acharnes was the most main built-up and economic centre after the city of Athens.

Acharnes was named a subdivision of Athens in classical antiquity. The Athenian playwright Aristophanes characterised the inhabitants of Acharnae as peasants in his play The Acharnians. Acharnes suffered significant damage from the 1999 Athens earthquake, being very close to the epicenter.

Municipality of Acharnes is an industrial and commercial city, situated in the northern part of the central plain of Attica at the foot of Mountain Parnitha. It is administratively part of the Regional Unit of East Attica. It is one of the oldest Municipalities and has been resided continuously since the Neolithic era. With an area of 146,406 acres, Acharnes is the fourth Municipality in the Region of Attica in terms of size.

Concerning population, Acharnes holds the twelfth position in Greece and the first in East Attica (106,943 inhabitants according to 2011 census). It is estimated that about 40,000 inhabitants (37.4% of the population) are repatriated Pontic Greeks from the Former Soviet Union, Northern Epirus expatriates, political refugees and returnees from Western Europe. Moreover, 3.8% is Roma and 11.6% is foreign born.

The diverse surroundings of Municipality of Acharnes (both natural and urban) as well as the various origins of its population forge a multicultural, unique and distinct identity that characterize the whole area.

As an industrial and commercial city, an extensive industrial zone has been developed within the area. This zone is in close connection with the National Roads and the Suburban Railway so that all aspects of economic activity are facilitated. Furthermore, there is a rural area in the outskirts of the city. 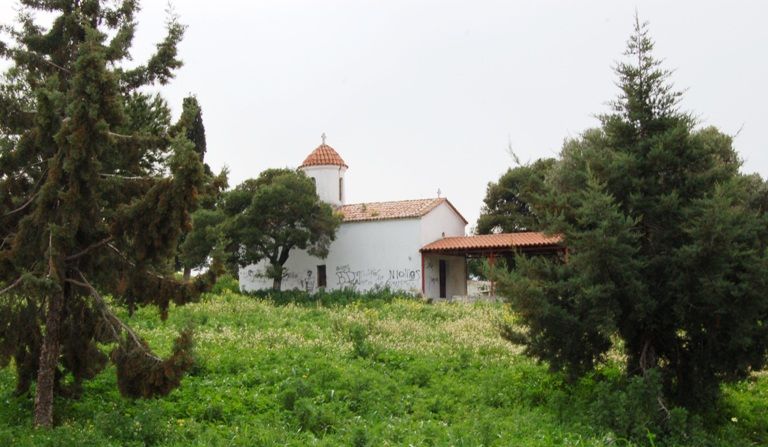 The National Park of Mountain Parnitha dominates the northern part of the administrative region of the Municipality of Acharnes whereas the southern part is covered by the residential fabric of the city.